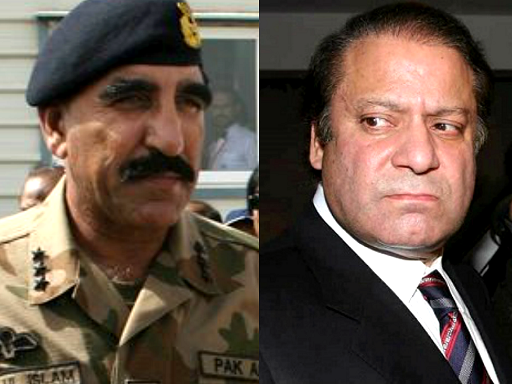 Reidel went on to warn Pakistan on Thursday of the possibility of being placed on the list of states sponsoring terrorism.Â

Amid growing concern in New Delhi over the formation of new Al-Qaida affiliate in India and the spread of the IS, Reidel said there was no doubt that Al-Qaida leader Ayman Al Zawahiri made the latest tape (threatening jihadist attacks across India) in his hideout in Pakistan, protected, as New Delhi suspects, by the ISI.

“The domestic politics of Pakistan are central to this drama, and to this threat,” Riedel wrote in his column. “In short, the Pakistani army and its ISI spies are once again playing with fire â€” with India, the LeT and Kashmir â€” in order to secure domestic gains against their civilian leaders.”

Reidel said the US should pay attention to the growing dangers of renewed confrontation between Pakistan and India. Adding that America must consider a unilateral step if another attack occurs like the one in Mumbai or on the Indian consulate in Herat and place sanctions against Pakistan.

“America would treat Pakistan as a pariah like North Korea. It certainly meets the criteria and has for decades. The first Bush administration seriously considered this measure in 1992, although such a step obviously would have immense consequences for US-Pakistan relations,” Riedel wrote, suggesting that a more limited option would be to target specific sanctions against individual Pakistani officials involved in supporting terrorism, like members of ISI’s “S” branch that handles liaison with LeT, the Haqqani network and others.

“A targeted sanctions move against specific Pakistani military officials would send a strong deterrent message to the Pakistani army and could be a warning shot before putting Pakistan on the list of terror patrons,” Riedel advised, suggesting that there should also be contingency planning between Washington and New Delhi about managing a future Indo-Pakistan crisis like the Mumbai crisis. This, he said, would be intended to create dialogue, not create a platform to gang up on Pakistan, but in any case it would be prudent to plan for the worst.

Riedel said the terrorist attack on the Indian consulate in Herat, Afghanistan, was aimed at discrediting Pakistan’s Prime Minister Nawaz Sharif, who has no control over the ISI or the Army, and cornering and provoking India’s newly elected Prime Minister Narendra Modi.

“Since he was elected in his own landslide victory last year, the army has become increasingly unhappy with Sharif. They are very upset that he has put the former army dictator Pervez Musharraf on trial for treason and did not just let him leave the country quietly. Musharraf ousted Sharif in a coup in 1999, and while the army doesn’t care that much for Musharraf, it does not like the judicial system holding a general accountable for coups. For them that sets a bad precedent,” Riedel said, adding that another provocation was Sharif had been urging deescalating the Indo-Pakistan rivalry and cutting back on the arms race, positions the army hardliners find threatening.

Riedel also noted that the US State Department publicly blamed Lashkar-e-Taiba, the group which attacked Mumbai in 2008 for the Herat attack on the eve of Modi’s inauguration in which it had planned to take Indian diplomats hostage and then execute them as Modi was took office.

“LeT is very close to the Pakistani military’s Inter-Services Intelligence Directorate or ISI. LeT would not have taken such a highly provocative action without at least some advance nod from the Pakistani spies in the ISI and the generals who command them. LeT’s leader, Hafeez Saeed, lives openly in Pakistan, frequently appears on television denouncing the United States, and is the darling of the ISI,” Riedel said, advising Washington to tighten the screws on Pakistan.
Â