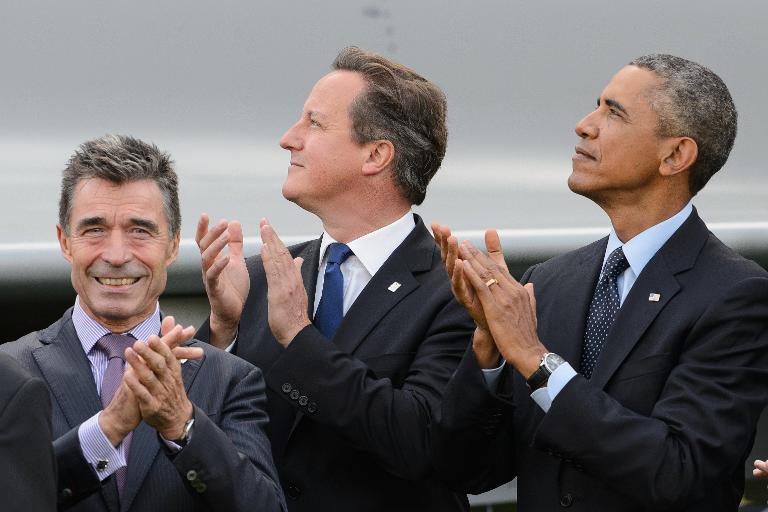 US President Barack Obama outlined plans for a broad international coalition to defeat Islamic State extremists in Iraq and Syria, but they received a cautious response from European allies.

Speaking at a NATO summit, Obama said the United States would also try to involve Middle Eastern allies in a strategy to counter the jihadists, who have overrun large swathes of territory.

“It’s not going to happen overnight but we are steadily moving in the right direction and we’re going to achieve our goal,” Obama said.

The president said regional involvement was “absolutely critical”, although the State Department added that there were “no plans” for military coordination with Iran in the fight.

“We’re going to degrade and ultimately defeat ISIL,” Obama added, using the previous name of the Islamic State, which has claimed responsibility for videos showing the beheading of two US journalists.

The executions appear to have been carried out by the same British-accented militant, who also threatened to kill a UK hostage unless American air strikes in the regions are halted.

Along with Iraqi military troops, they broke a months-long jihadist siege of the town of Amerli last Sunday and retook Sulaiman Bek the following day in the first major successes for the federal government since the crisis began.

Obama said he was “confident” a coalition was being formed, with US officials saying the plan was to have a strategy in place by the start of the United Nations general assembly later this month.

He said there was “unanimity” among NATO members that the group “poses a significant threat”, although many cautioned that any action hinged on the formation of a new Iraqi government.

But European allies, while supportive of the US initiative, were more cautious.

Britain has left the door open to air strikes in Iraq, but Prime Minister David Cameron played down the prospect of any immediate action.

“This will take time, patience and resolve,” he told reporters at the end of the summit.

“We will proceed carefully and methodically, drawing together the partners we need, above all in the region, to implement a comprehensive plan.”

American officials were quick to distance the process from the heavily-criticised “coalition of the willing” that was formed ahead of the 2003 US invasion of Iraq.

“When we talk about what we are doing today, in no way do we want to resemble anything that was done in 2003,” State Department deputy spokeswoman Marie Harf told reporters.

“We’re certainly not using that playbook.”

US Secretary of State John Kerry stressed there would be “no boots on the ground”, but added “there are many ways in which we can train, advise, assist, and equip”.

Kerry co-chaired with Britain a meeting of ministers from Australia, Canada, Denmark, France, Germany, Italy, Poland and Turkey in a bid to win support for the fight against IS.

The US has conducted more than 100 air strikes in northern Iraq in recent weeks, allowing Kurdish and Iraqi forces to regain lost ground.

Other countries have provided humanitarian assistance and intelligence, while Germany and France are providing military equipment to Kurdish fighters battling IS in northern Iraq.

President Francois Hollande said France was ready to join a coalition against IS militants in Iraq, but warned it would not commit to actions in Syria that might aid President Bashar al-Assad in the country’s civil war.

German Foreign Minister Frank-Walter Steinmeier stressed the effort was at an early stage.

“We are at the beginning in dealing with a group which nobody has a strategy to deal with in the long run,” he told reporters.

NATO Secretary General Anders Fogh Rasmussen said the military alliance was willing to help if there was a request from Baghdad, likely providing training and coordination with other countries’ efforts against IS.

Rasmussen said he “warmly welcomed” efforts by the US and its allies, adding: “I think the international community has an obligation to do all it can to stop this dangerous terrorist organisation.”

He said NATO nations had also agreed to exchange more information on foreign fighters returning from Iraq and Syria to Europe and the United States, due to fears they will carry out attacks on home soil.