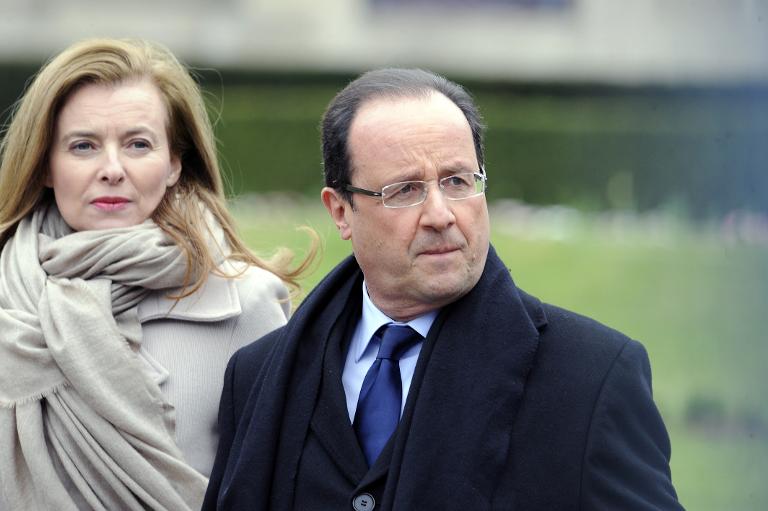 Francois Hollande’s spurned girlfriend turned poison pen has skipped France for the Indian Ocean isle of Madagascar, a day after dropping a bombshell with her best-selling kiss-and-tell about life with the president.

Airport sources in Madagascar said Valerie Trierweiler arrived in the capital Antananarivo Saturday morning, and was then to catch a domestic flight to points unknown.

It was unclear whether Trierweiler, a journalist, was visiting the French-speaking isle for business, humanitarian work or simply to avoid the blaze of public scrutiny her book has ignited.

“Thank You For The Moment”, in which the glamorous 49-year-old dishes on her tempestuous relationship with Hollande including her pill-popping suicide attempt after discovering his adulterous affair, has skyrocketed in sales on shelves and online since its release on Thursday.

It shot to the top of Amazon France’s bestseller list in just one day, and has since “sold out at almost all points of sale, proof of its extraordinary debut”, according to the head of the French booksellers union.

Trierweiler met Hollande in the mid-2000s while he was in a relationship with fellow politician Segolene Royal — herself a former presidential candidate — and the pair began a secret liaison.

Hollande subsequently left Royal, the mother of his four children, for Trierweiler who became the de facto first lady of France after he was elected in 2012, despite the fact the pair were not married.

Trierweiler says in the book she tried to commit suicide in the presidential bedroom with an overdose of sleeping pills after news of Hollande’s affair with actress Julie Gayet broke in January.

Hollande announced shortly thereafter that his relationship with Trierweiler was over.

The release of “Thank You”, which shocked many of Hollande’s supporters with a claim he described France’s poor as “toothless”, topped a black week for the Socialist president, who is facing all-time lows in popularity polls, a government in turmoil and more bad economic tidings for the nation.

The airport sources confirmed Trierweiler was travelling in Madagascar with a male photographer, and was planning a weeklong stay.