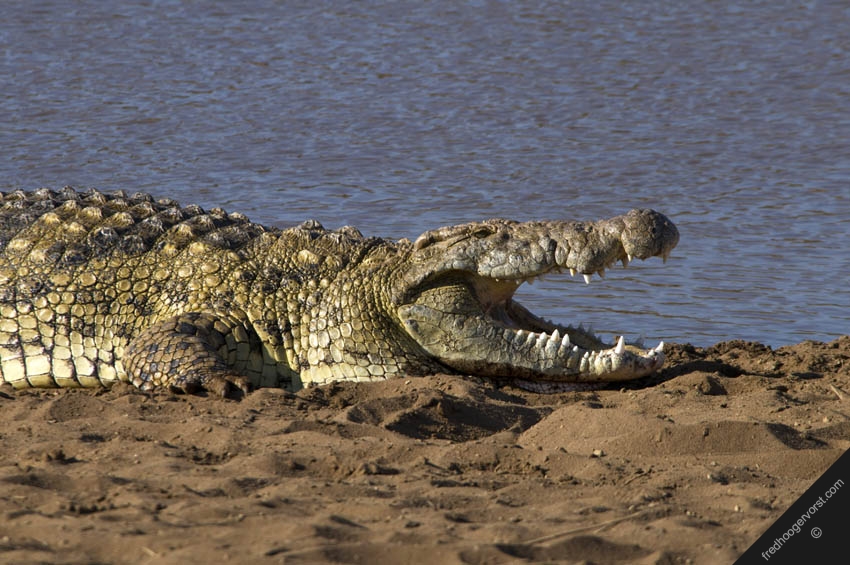 Located on the banks of Chambal river, crocodiles silently lurk in the water, becoming a threat to the lives of the villagers. Due to the depletion of fish count in the river, these giant reptiles now make local residents their prey for survival.

According to reports, a 16 ft long crocodile killed Pradeep (12) in Patharra village located on the banks of river Chambal in Bhareh. The boy had gone for a bathing with his friends, when the crocodile dragged him into the river. Angry villagers staged protest and demanded protection and compensation for family of the boy.

“The areas come under National Chambal Sanctuary, which is a protected zone. There are reports of crocodiles attacking people and cattle in and around these villages. Fresh attack cannot be ruled out. We have warned the residents not to venture into the river and adjoining water bodies, desist from grazing cattle close to water sources,” said Suresh Chandra Rajput, forest ranger, National Chambal Sanctuary, Etawah.

Locals said the reptiles spotted on Chambal banks in Patharra and Bhareh villages are around 14 to 16 feet long.

During rainy season, crocodiles remain in the river. Only when water sources go dry, they venture into human habitations in search of food.

In March this year, Ram Prakash of Bithauli who went close to the river was mauled by a crocodile. He died due to excessive bleeding. In another incident, Dharam Pal of Kheda Rathore was dragged into Chambal river. He, too, had gone for cattle grazing near the river. Umesh of Beerampura and Mukesh of Ranipura were killed by reptiles.

After ghariyal and crocodile conservation programmes in the National Chambal Sanctuary, the habitation corridor of crocodiles is getting squeezed. Due to rampant illegal fishing practice in the sanctuary, the reptiles encounter shortage of food. It turns the reptiles into man-eaters, according to Rajiv Chauhan, secretary, Society for Conservation of Nature.