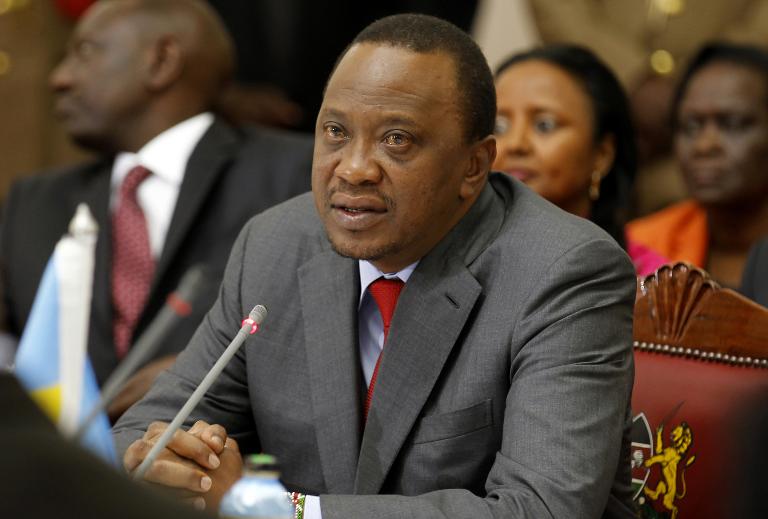 “The prosecution respectfully submits that the appropriate course of action is to further adjourn the case until such time the government of Kenya executes the (prosecution’s) revised request in full,” Fatou Bensouda said in papers filed before the Hague-based court.

The trial of the Kenyan leader on five counts related to post-election violence dating back to 2007-2008 has been dogged by repeated delays.

Most recently, judges in March postponed its start until October 7 in order to give Nairobi a chance to look for financial documents, in an apparent final push by prosecutors to form a case against the powerful African leader.

Prosecutors hope the documents — among them company records, bank statements, records of land transfers, tax returns, phone records and foreign exchange records — will prove a link between Kenyatta and the deadly unrest in 2007-08 in which 1,200 died and 600,000 others were displaced.

“The situation is the same as when the prosecution sought a (previous) adjournment of the trial… the evidence is insufficient to prove Uhuru Kenyatta’s alleged criminal responsibility beyond reasonable doubt,” Bensouda said.

But Bensouda stressed that prosecutors were not dropping the five counts against him, ranging from murder and rape to deportation and persecution following the vote in his East African state, saying that would be “inappropriate”.

The trial of Kenyatta, 52, and that of his rival-turned-partner Kenyan Vice President William Ruto, who faces similar charges, have been hampered by further problems.

These include accusations of witness intimidation and witness withdrawal, false testimony, and an international campaign by Kenya to have put the trials on hold.

African leaders frequently complain that the ICC discriminates against their continent.

Kenyatta has lobbied intensively to muster support against the tribunal. Both Kenyatta and Ruto maintain their innocence.