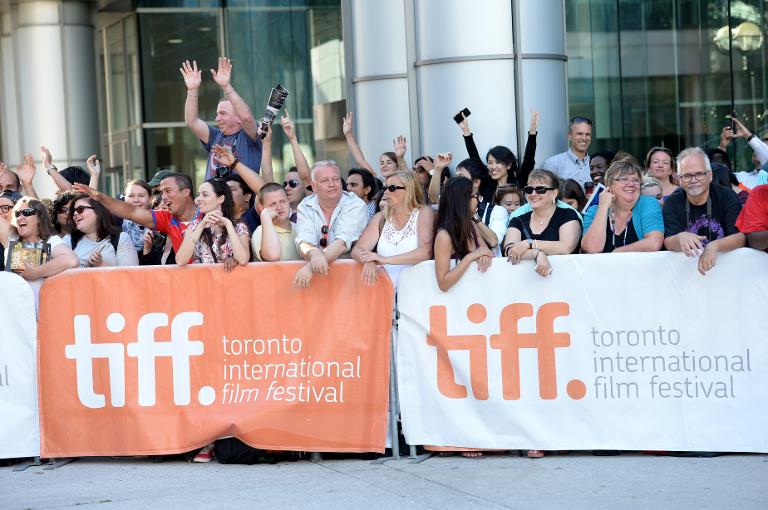 The red carpet has been rolled out for the 39th Toronto International Film Festival, amid criticism over new rules meant to cement the event’s reputation as an Oscar kingmaker.

The legal drama “The Judge” — starring Robert Duvall and Robert Downey Jr as father and son — kicked off North America’s largest film festival on Thursday, which runs through September 14.

In the film, Downey as a slick Chicago defense lawyer returns to his Indiana hometown and must defend his father in a murder trial, despite their bitterly dysfunctional relationship.

In an interview with Canada’s public broadcaster, Downey said he empathized with the dynamic.

“I just love that there’s so many people that are grown up and still act like kids around their folks,” he told the Canadian Broadcasting Corporation.

“There’s some part of that relationship that was halted or there’s some unrequited aspect to it and certainly I can relate to that.”

Downey, Duvall and the rest of the cast, including Vera Farmiga, Dax Shepard and Vincent D’Onofrio, were cheered as they arrived for the gala presentation.

The audience reaction at an earlier press and industry screening, however, was subdued.

Over the next four days, organizers will for the first time showcase only world premieres, including from directors Noah Baumbach, Susanne Bier, Francois Ozon, Lone Scherfig and Chris Rock.

“It doesn’t affect the selection of the films at all — it only affects the scheduling.”

Critics, however, accuse Toronto organizers of using their considerable clout to lure high-profile films, to the detriment of smaller events like the Telluride festival in the US state of Colorado.

Actors are usually contractually obligated to show up for premieres — with top names drawing big media and critical attention. It could thus be devastating for other festivals if stars decide to only attend the Toronto fest.

Distributors have also expressed fears that the new rules could result in less critical attention to their films.

Organizers in Toronto say there is a need to clarify what actually counts as a world premiere, after complaints in past years that some films had first screened at the Venice or Telluride film festivals, which overlap with the Canadian event.

At stake are also bragging rights for showcasing films that go on to win awards, especially the coveted Oscars.

Several films that were said to have premiered in Toronto in recent years went on to win a best picture Oscar, including “12 Years a Slave,” “Argo,” “The Artist,” “The King’s Speech,” and “Slumdog Millionaire.”

But those films had all first quietly screened to film industry crowds at Telluride.

Many eyes are on actor Benedict Cumberbatch, who stars as codebreaker Alan Turing in “The Imitation Game.”

He appeared in Toronto in three films last year: “The Fifth Estate,” “August: Osage County,” and “12 Years a Slave,” but was overlooked at awards time.

Insiders said this could be his year.

Reese Witherspoon is also expected to kick off a “big year” with two films in Toronto: “The Good Lie” about an American woman who takes in a Sudanese refugee, and “Wild,” the film adaptation of Cheryl Strayed’s best-selling memoir.

As well, James Gandolfini will make a posthumous return to the big screen in the gangland tale “The Drop,” shot just before his death in June 2013.

But other industry heavyweights such as Alejandro Gonzalez Inarritu, whose film “Birdman” stars Michael Keaton, have opted to skip Toronto.

The Mexico-born director previously brought “Biutiful” and “Babel” to the Canada event.

After emerging at the Venice film festival last week as an Oscar contender, “Birdman” will now make its North American premiere at the boutique New York Film Festival.

In all, the Toronto festival will showcase 268 feature films, including 143 world premieres, from 70 countries.