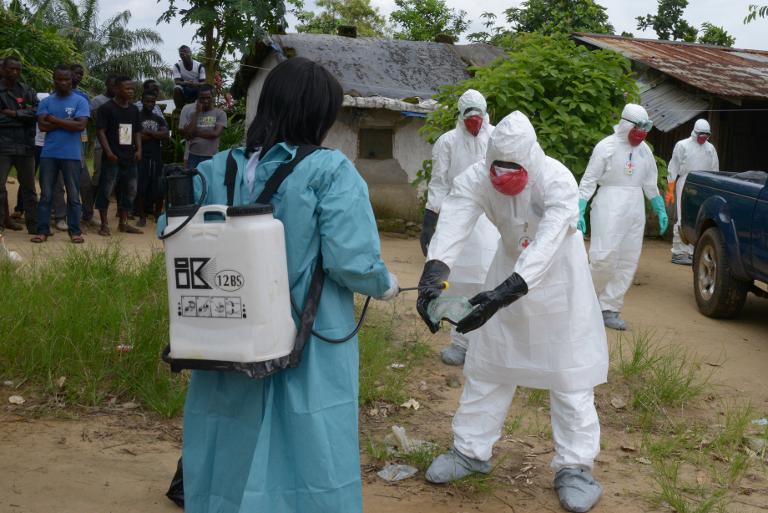 World health experts will meet in Geneva on Friday for the second day of urgent talks on fast-tracking experimental Ebola drugs as doctors in the worst-hit countries pleaded to be given the serums.

With no fully tested treatments for Ebola, the World Health Organization has endorsed potential cures like ZMapp to be rushed out.

“Everybody keeps asking why isn’t this medication made available to our people out there?” Samuel Kargbo, from Sierra Leone’s ministry of health, told AFP.

ZMapp has been given to about 10 health workers who contracted the virus, including Americans and Europeans, three of whom recovered.

Its stocks have been exhausted, but WHO said a few hundred doses could potentially be ready by the end of the year.

“Our doctors who have been treating patients are also dying, and it’s not made available,” Kargbo said.

The two-day closed-door meeting of some 200 health experts in Geneva began on Thursday and is discussing eight potential therapies, including ZMapp, as well as two experimental vaccines.

“None are clinically proven,” WHO stressed in a working document for the meeting, adding that “while extraordinary measures are now in place to accelerate the pace of clinical trials, new treatments or vaccines are not expected for widespread use before the end of 2014”.

The agency warned that the death toll in the epidemic, which is centred on Guinea, Sierra Leone and Liberia, was still growing fast.

“The outbreak is rising,” WHO chief Margaret Chan told reporters in Washington on Wednesday, putting the death toll at “more than 1,900”.

WHO on Thursday however put the official death toll a bit lower, at 1,841, out of a total of 3,685 cases in Guinea, Sierra Leone and Liberia.

Another seven people had died in Nigeria, which has counted a total of 22 cases, while one case has been confirmed in Senegal, WHO said.

“The current west African Ebola outbreak is unprecedented in size, complexity and the strain it has imposed on health systems,” WHO said in a statement, acknowledging the “intense” public demand for a treatment.

– ‘Many deaths not reported’ –

The WHO said “extraordinary measures” were in place to accelerate the pace of clinical trials on the drugs — most of which have yet to be tested on people.

Abdulsalami Nasidi, project director at the Nigeria Centre for Disease Control, said that the Geneva meeting’s discussion of new drugs “gives a lot of hope to the African people affected and those who are in panic”.

The race to ready experimental drugs comes as affected countries are struggling to contain the outbreak, which was first detected in Guinea at the start of the year.

“Many deaths are in the community and are not being reported. It is estimated that there are two to four times as many people infected with Ebola as reported,” he told AFP by email.

At least 30 more people have died in a separate outbreak in the Democratic Republic of Congo.

In hardest-hit Liberia, which counts a full 871 deaths out of 1,698 cases, medical sources said on Thursday that US doctor Rick Sacra, who was infected while working at the ELWA hospital in Monrovia, was en route to the airport to be repatriated.

Nigeria, which had initially seen progress in battling the outbreak, faced fresh warnings that an outbreak in its oil producing hub of Port Harcourt could spread more fiercely than in the financial capital Lagos.

WHO said the arrival of the virus in Port Harcourt, which is 435 kilometres (270 miles) east of Lagos, showed “multiple high-risk opportunities for transmission of the virus to others”.

However, in Geneva, Nasidi expressed hope that once transmission in Port Harcourt was brought under control “we are going to be exiting the outbreak in a few weeks”.

The French development secretary, Annick Girardin, announced she would travel to Dakar and Conakry later this month to “show France’s support in the fight” against Ebola.

Her visit follows a statement from international medical agency Medecins sans Frontieres Tuesday that said the world was “losing the battle” to contain Ebola.

“We have heard the call from MSF,” said Girardin.