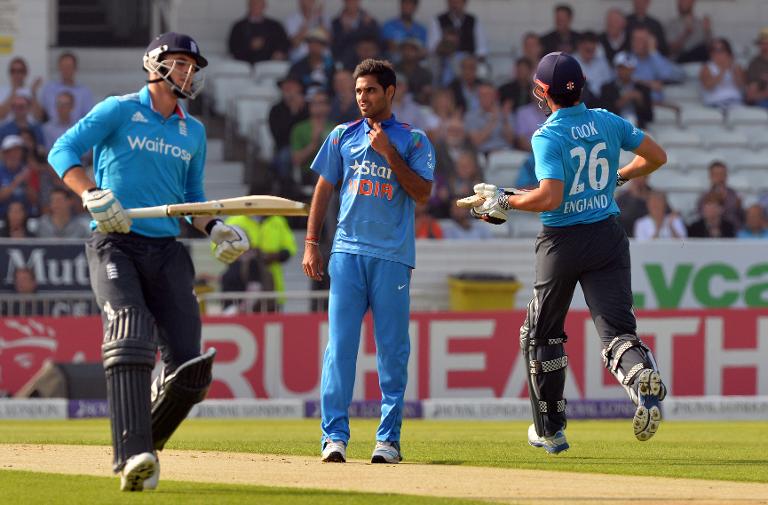 India captain Mahendra Singh Dhoni won the toss and elected to field against England in the fifth and final one-day international at Headingley on Friday.

England, 3-0 down having lost their fifth ODI series out of six, made two changes from the side that suffered a nine-wicket thrashing by world champions India at Edgbaston on Tuesday as they attempted to salvage some pride.,

Gary Ballance, who only made seven at Edgbaston, was dropped on his Yorkshire home ground, and left-arm seamer Harry Gurney, who conceded 51 runs in 6.1 overs on Tuesday, was also omitted.

They were replaced by the recalled pair of all-rounder Ben Stokes and James Tredwell.

Moeen Ali was promoted to bat in Ballance’s place at number three, having made 67, England’s first fifty of the series, at Edgbaston.

England, looking to ease the pressure on captain Alastair Cook, had said they were reluctant to play two off-spinners — yet they did just that by including both Ali and Tredwell.

India made one change, with Umesh Yadav replacing fellow seamer Dhawal Kulkarni, who made his debut at Edgbaston.

World champions India were an unbeatable 3-0 up after a trio of heavy victories followed a washed-out opening match.

As he had done at Edgbaston, Dhoni won the toss and fielded but after the toss the sun broke through the early morning cloud cover.