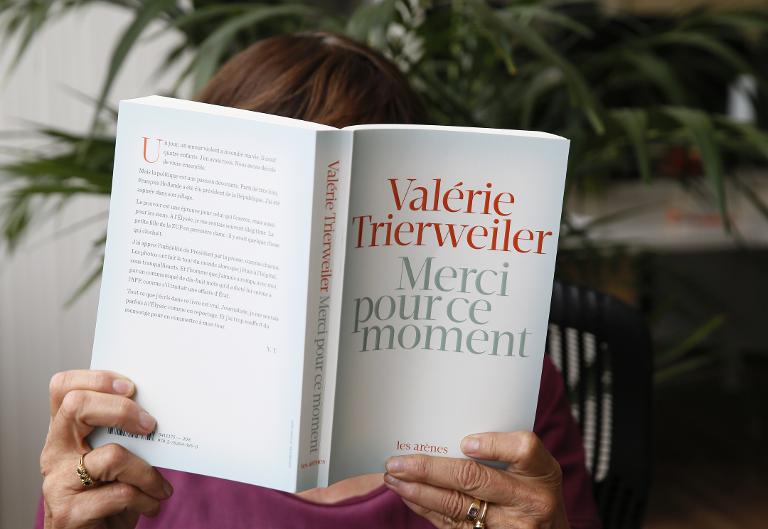 After the bombshell, the backlash. France’s former first lady on Thursday found herself facing a maelstrom of criticism for her kiss-and-tell memoirs about her tumultuous relationship with President Francois Hollande.

Allies and even enemies and former lovers of Hollande, already suffering from a record-low popularity rating, rallied round the beleagured head of state, depicted in the book as uncaring, cold and scornful of the poor.

Prime Minister Manuel Valls led the attack on Valerie Trierweiler’s surprise memoir, which hit bookshelves on Thursday with revelations of a passionate relationship that ended in an explosive bust-up, dismissing it as “outrageous”.

Hollande even won backing from an unlikely source in the shape of far-right leader Marine Le Pen, normally one of his fiercest critics, who dubbed Trierweiler’s book a “dishonour for France”.

Le Pen, the leader of the National Front which is rapidly gaining electoral ground in France, said Trierweiler’s book was a “profoundly indecent settling of scores” and a form of “vengeance”.

And Hollande’s previous partner Segolene Royal, the mother of his four children whom he left for Trierweiler, shot down as “rubbish” one of the book’s most damaging claims — that Hollande, who became France’s first Socialist president in nearly two decades when he was elected in 2012, secretly despised the poor.

With Hollande’s ruling Socialist Party reeling from a internal rebellion that sparked an emergency reshuffle, the government came out fighting, fearing the embattled president could see his image further tarnished.

In a blistering reaction, Valls urged respect of France’s cherished ideal that everyone, including politicians, has the right to a private life.

“I call for respect in the lives of everyone and dignity in public debate. With these outrageous attacks, by mixing public and private life, we are dragging down the debate,” he said.

He said the French — reeling under record unemployment and a stagnant economy — had far more important things on their mind such as “jobs, housing and the high cost of living”.

In the book, entitled “Thank You For The Moment”, Trierweiler reveals she attempted to overdose on sleeping pills in the presidential bedroom after news of Hollande’s affair with actress Julie Gayet broke in January.

She also questioned the left-wing credentials of Hollande — who famously said he did “not like the rich” — by claiming he privately referred to the have-nots as “the toothless”.

The hashtag #sansdents — “toothless” — immediately shot to the top of the trending topics on French Twitter.

Royal, speaking on BFMTV early Thursday, repeated several times that she would not comment on questions of a personal nature but reacted when the interviewer pressed her on Hollande’s alleged contempt for the poor.

“It’s rubbish, it’s the exact opposite of the political commitment of a great leader of the left,” she said.

“Do you think it’s true?” Royal shot back to the interviewer. “Can you think it is true about a politician you have known for years…?”

“One must judge politicians by their acts,” she said, adding that Hollande had a proven record of working for better conditions for the poor.

Trierweiler, now 49, got together with Hollande in 2005 while he was in a relationship with Royal — herself a former presidential candidate — and the pair began a secret liaison.

The glamorous journalist was unpopular with the public and earned the unflattering moniker of “Rottweiler”.

She claims in the book that things were “electric” between herself and Hollande initially but that he became increasingly “de-humanised” as he got closer to the top job.

The 320-page memoir, which was written in the utmost secrecy and extracts of which were published Wednesday by glossy magazine Paris Match and daily Le Monde, has a first print run of 200,000.

The French press largely came down on the president’s side, with business daily Les Echos saying the book had “pushed the boundaries of mixing public and private life to the point of uneasiness”.

“Valerie Trierweiler chooses her moment and her subject to unleash the most treacherous attack possible on the former ‘man of her life’,” added the daily in an editorial.

“Pathetic,” screamed the front-page of Le Parisien daily, under a picture of Hollande and Trierweiler.