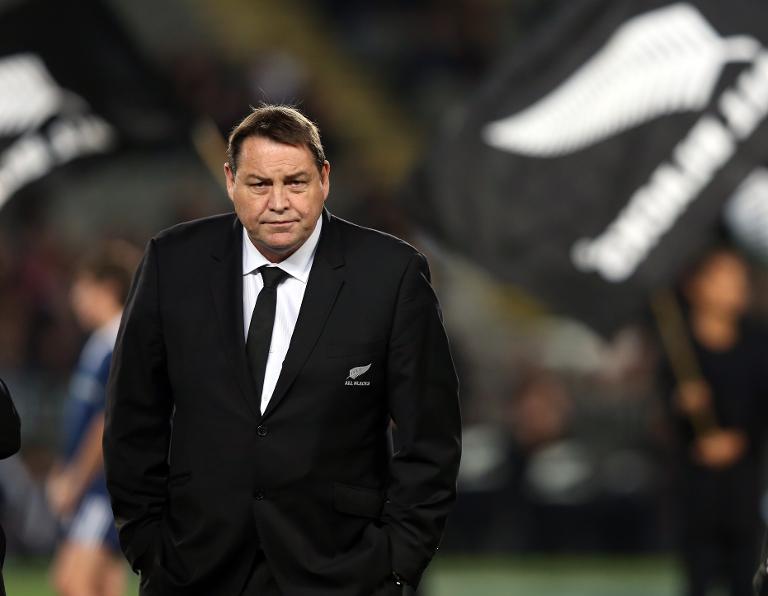 The All Blacks are wary of the rapid development of Argentine rugby going into Saturday’s Test, with only an apparent lack of self-belief holding back the South Americans.

“They’ve made a lot of progress,” All Blacks coach Steve Hansen said ahead of the third-round Rugby Championship encounter.

Although the Pumas have yet to register a win in 14 matches since joining the southern hemisphere championship in 2012, they were unlucky not to upset South Africa twice last month.

With coach Daniel Hourcade adding an expansive running game to their traditional aggressive forward play, Argentina dominated both matches, although they were not able to close them out.

“This is something we have to learn against the best teams in the world. We played very well but in the last minute we stopped playing as a team and played as individuals,” Hourcade said.

But despite the late drop-off, All Blacks captain Richie McCaw was impressed with what he saw.

“They’re playing probably better than they have done over the last couple of years,” he said, adding the relentless aggression of their pack was no longer their only weapon.

“They have a pretty good defensive system, too, out in the backline and guys like (Juan Martin) Hernandez and their fullback (Joaquin Tuculet) they played pretty damned well against the Springboks and scored some good points.

“So, if we give them easy ball at the right end of the field they’ve got the ability to make us pay.”

But as much as Argentina are improving across the board, they are yet to believe they can beat the All Blacks as they arrived in Napier talking up the world’s top-ranked side.

“Without a doubt they are the best team with the best players and for me it will be a great challenge,” said prop Ramiro Herrera who will be facing the All Blacks for the first time in only his fifth Test.

Tomas Lavanini, also making his debut against the world champions referred to playing the All Blacks as “something I always dreamed of”.

However, neither showed any flicker of believing they could clinch victory, which veteran wing Horacio Agulla noted was a psychological barrier the side needed to break through.

“There’s been a couple of games when we’ve been very close and we could have won. Hopefully we can start winning games, that’s why we are here,” he said.

“We need to start believing we can beat these teams. We know they are the best teams in the world, but once we win a game that belief will come. We need to break that barrier.”

Argentina’s best result against the All Blacks in 22 Tests was a draw in the second Test between the two sides back in 1985.