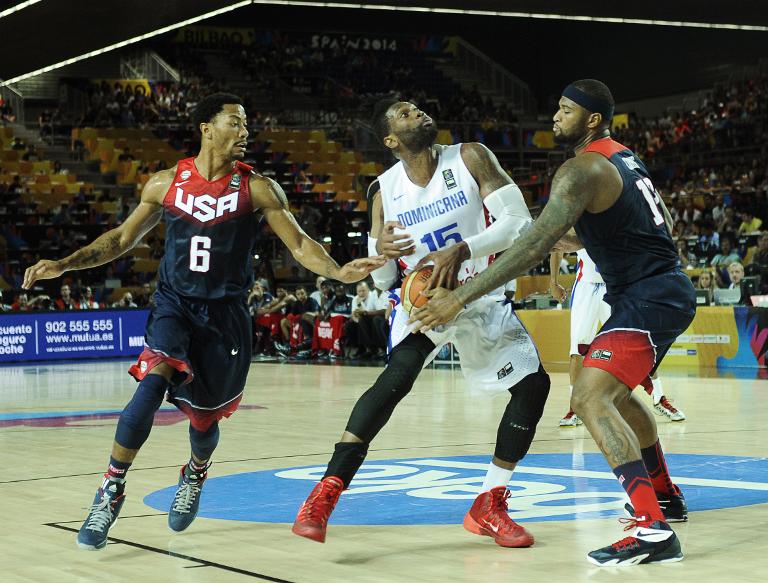 Nine of the knockout stage teams of the World Basketball Championships have secured their berths in the Round of 16 with reigning champions United States, Spain, Greece and Slovenia all retaining their perfect records with wins on Wednesday.

The United States eased past Dominican Republic 106-71 as Kenneth Faried topped five Americans in double figures with 16 points to improve to 4-0 and secure the top spot in Group C.

The rest of Group C behind the United States is totally up for grabs with all five teams still alive in the race for the knockout stage.

Turkey grabbed a huge victory in the group, coming back from a 14-point half-time deficit to win in overtime 77-73 over Finland. Turkeyâ€™s Cenk Akyol made a three-pointer with four seconds left to force the extra session.

Omer Asik had 22 points and eight rebounds for the Turks, who improved to 2-2 while Finland dropped to 1-3.

The final day of action has Finland taking on New Zealand, Ukraine vs United States and Turkey against the Dominicans.

Hosts Spain had their toughest test thus far but prevailed 88-64 against France thanks to 17 points from Marc Gasol and 15 from Pau Gasol to remain undefeated atop Group A.

Brazil got 21 points and six three-pointers from Marquinhos Vieira in an 81-76 win over Serbia to improve their record to 3-1 while Serbia are left at 2-2 despite 14 points from Milos Teodosic.

Spain and Brazil have both moved on to the Round of 16.

In a battle of winless teams, Iran recorded their first victory to remain alive for the knockout stage, beating Egypt 88-73 thanks to 24 points from Samed Nikkhah Bahrami and 23 points and 15 rebounds from Hamed Haddadi.

Greece also booked their fourth straight win atop Group B, beating Croatia 76-65 thanks to 14 points each from Kostas Papanikolaou and Kostas Kaimakoglou.

The Greeks will take on Argentina for first place in the group after Argentina improved to 3-1 and moved into the next stage with an 81-46 blowout of Senegal as Luis Scola had 22 points and 14 rebounds.

Senegal dropped to 2-2 but advanced to the Round of 16.

Croatia wasted a 20-point performance from Bojan Bogdanovic and will now face a win-or-go-home match-up against Puerto Rico after the Americas team beat Philippines 77-73 for their first win thanks to 30 points from JJ Barea.

The other undefeated team is Slovenia, who struggled in Group D but got past Angola 93-87 with Domen Lorbek scoring a team-high 17 points.

Australia booked a spot in the Round of 16 by easing past Mexico 80-62 as Aron Baynes had 21 points, five rebounds and three blocks to move the Boomers’ record to 3-1. Mexico are still alive at 1-3, which is the same record as Angola.

Lithuania also moved into the knockouts with a commanding 79-49 win over winless South Korea with Donatas Motiejunas picking up 18 points, seven rebounds and five assists for the 3-1 Baltic team.