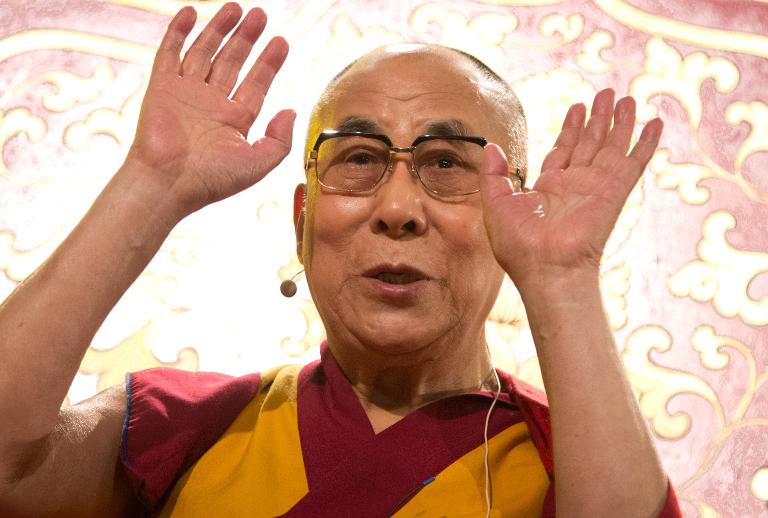 South Africa has refused to grant a visa for the Dalai Lama to attend the World Summit of Nobel Peace Laureates in Cape Town next month, his representative said Thursday.

The government “conveyed by phone to me they will not be able to grant the visa for the reason that it would disturb relations between China and South Africa,” Nangsa Choedon told AFP.

The refusal could provoke a boycott of the 14th annual peace summit, according to a spokesman for South African laureate Archbishop Desmond Tutu.

“I have heard that if the Dalai Lama is not allowed into the country, other invited guests have said they will not come,” Roger Friedman said.

Along with the surviving South Africans — Tutu and De Klerk — the organisers say 13 individuals and eight organisations had confirmed that they would attend the summit, including former Soviet president Mikhail Gorbachev.

Choedon said she had not yet received written confirmation of the refusal, but if confirmed, this will be the third time in five years that Tibet’s exiled spiritual leader has been refused a visa to visit South Africa.

China, which accuses him of covertly campaigning for Tibet’s independence, regularly uses its growing economic and political clout to put pressure on governments around the world to limit contact with the Dalai Lama.

Each visa refusal has been met with an outcry from South Africans who feel it is a betrayal of the commitment to human rights embraced by the government since the end of apartheid 20 years ago.

But a spokesman for De Klerk, the South African former president who won the Nobel prize alongside liberation icon Nelson Mandela, said he did not think a boycott of the summit would be the right response.

“I think the message has gone out that boycotting the summit would be the very worst way of protesting,” Dave Steward, executive director of the FW de Klerk Foundation, told AFP.

“The best way would be to come to the summit and celebrate the 20th anniversary of our democracy and then make any views they want to make known at the summit.”

He said a refusal of a visa for the Dalai Lama would be “the antithesis of the values of our constitution”.