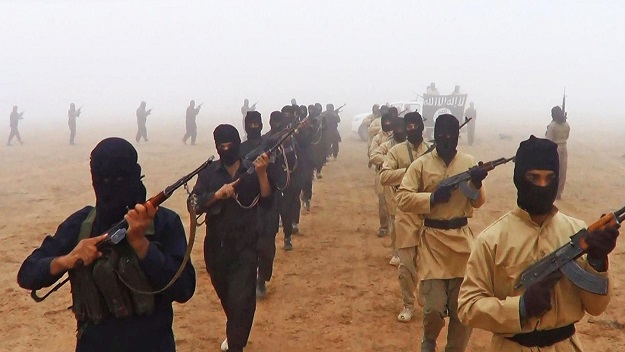 The militant group creating havoc in Iraq and Syria is attempting to establish its presence and influence the region, calling people to support its ideology of instituting an Islamic caliphate.

A book named â€œFatehâ€ (success) was distributed in areas bordering Afghanistan and in some areas of Peshawar by IS â€“ working under a name commonly known as â€œDaishâ€. The pamphlet was also distributed in Afghan Refugee camps located around the outskirts of Peshawar.

Written in Pashto and Dari it denotes that the book is designed to address Afghans and Pathans in the territory.

Though such pamphlets circulated in the border areas are not new â€“ with many Pro-Taliban militant groups operating in Pakistan and Afghanistan â€“ this literature has caused alarm not only to Pakistani security forces and government law enforcing agencies, but jihadi groups Al-Qaeda and TTP.

IS influence is being seen as a deliberate attempt to wash down Al-Qaeda and TTP so it can create its presence in Afghanistan and Pakistan.

It has started to acquire support of militants groups in Afghanistan. The hardline jihadist Saudi backed Salafi militant group of Maulvi Abdul Qahar and Rahim Muslim Dost, majorly operating in Kunar and Nuristan province in Afghanistan, has announced their support to IS, accepting Abu Bakr-Al-Baghdadi as their caliph.

Though AL-Qaeda has spoken out against IS, experts in the US believe there might be a hidden support and mutual consent between the two outfits.

â€œSince the fall ofÂ Mosul, al-Qaeda leader Ayman al-Zawahiri has said nothing about IS, Caliph Ibrahim or the American war in Iraq. That is very unusual for him and very intriguing. My guess is that Al-Qaeda and Zawahiri want to avoid further public disagreements with what is a winning organization at least now.â€ said Bruce Riedel, an expert on Islamic Jihadist groups.

There are certain similarities between IS, Al-Qaeda and some factions of Tehrik-e-Taliban Pakistan (TTP). IS wants zero boundaries between Muslim countries and is working towards establishment of one religious network throughout Central and South Asian countries. TTP also wants to bring in one law of Shariah in the region and has demanded its ideology to be applied across the Muslim world.

TTP takes Al-Qaeda chief Mullah Omar as their chief, while IS is headed by their â€œcaliphateâ€ Abu Bakr-Al-Baghdadi. TTP and Al-Qaeda donâ€™t accept Baghdadi as the caliphate and have declared IS ideology as not part of Islamic teachings. The same has been declared by all the Muslim countries and religious scholars, who say Baghdadi claims of being a caliphate is not acceptable by any Islamic sect.

But the current penetration by the group into Afghanistan and Pakistan places a two dimensional challenge. One, for US-NATO forces in Afghanistan and second, for the politically unstable and uncertain government of Pakistan.

IS penetration into the region has raised reservations on the US and foreign forces withdrawal from Afghanistan.

Al-Qaeda remains a formidable opponent in Afghanistan for the US, while TTP has maintained its resistance against the Pakistani forces and their current operation Zarb-e-Azb.

IS increasing influence in the region has opened a new war-front for the US, NATO, Afghan and Pakistan forces.