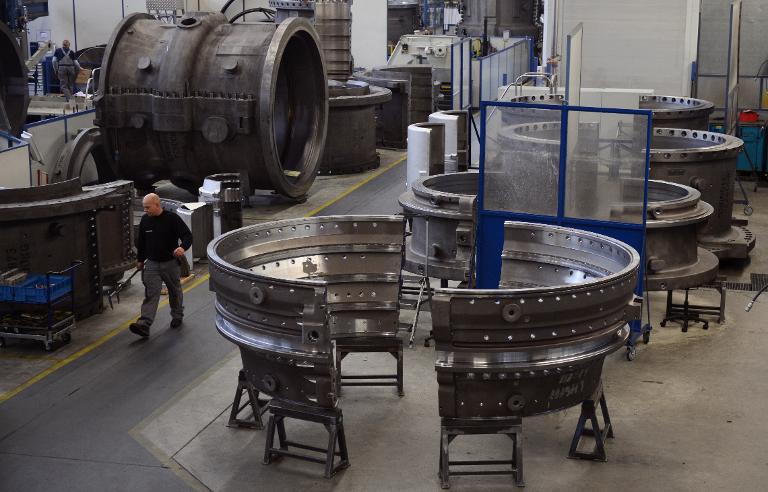 German industrial orders, a key measure of demand for German-made goods both at home and abroad, jumped in July, suggesting the fallout from the Ukraine crisis remains limited for now, data showed on Thursday.

Factory orders were up 4.6 percent in July compared with the level in June, the statistics office Destatis said in a statement.

In June, German factory orders had declined by 2.7 percent.

The office said that orders growth was driven mainly by strong foreign demand, with export orders advancing by as much as 6.9 percent, and domestic orders up 1.7 percent.

The headline figure was overstated by a disproportionately large number of bulk orders, the economy ministry said in Berlin.

However, “after the uncertainty triggered by geopolitical developments and the economic soft patch in the second quarter, the strong rise in orders is an encouraging sign for industry,” the ministry said in a statement.

Analysts said the data suggested that the feared fallout from the crisis in Ukraine was not proving quite so severe as expected.

“After a long series of negative surprises in data in recent weeks, the strong orders number is grounds for some optimism,” said BayernLB economist Stefan Kipar.

“It suggests that day-to-day business in Germany has not suffered unduly under the Ukraine-Russia conflict.”

But the data should not be over-interpreted, the expert cautioned.

“There is a risk in the coming months that the uncertainty will make itself felt a lot more in the hard data,” he warned.

Berenberg Bank economist Christian Schulz also believed that “the impact of the Russia-Ukraine crisis and Western sanctions on German exports is limited.”

Nevertheless, the key effect of the crisis was the uncertainty it caused, he said.

“Only if the situation in Ukraine stabilises will confidence and thus growth rebound.”

The data “should give some relief that not everything is gloom and down,” he said.

UniCredit economist Andreas Rees said that “all the talk about geopolitical tensions and their swift impact on German hard data was wrong and largely exaggerated.

“The Russian-Ukrainian crisis does not resemble the Lehman shock with its swift and brutal impact we had gone through six years ago,” he said.

“We think that at least a moderate rebound of German economic activity in the third quarter is in the pipeline” after a contraction in gross domestic product (GDP) in the second quarter, Rees concluded.