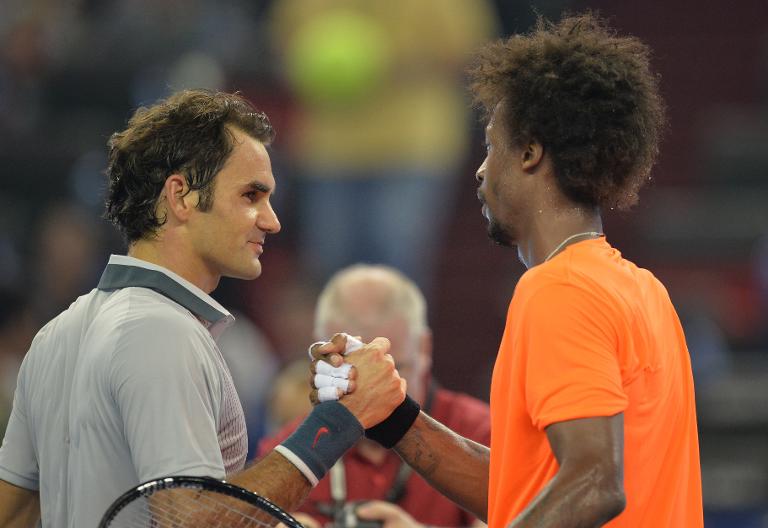 In-form Roger Federer faces a searching test of his title credentials against unpredictable Frenchman Gael Monfils in the US Open quarter-finals on Thursday as he chases a sixth title at Flushing Meadows.

The Swiss 17-time major winner leads Monfils 7-2 in career meetings, including victory in their most recent clash in Cincinnati last month.

But 33-year-old Federer, who has not won a Grand Slam since Wimbledon in 2012, is aware that Monfils can be a dangerous opponent.

“It was a tough three-setter in Cincinnati,” said Federer, referring to his clash with Monfils, which he won in three sets. The Swiss world number three went on to win the tournament, his third title of 2014.

“Gael has been playing some great tennis, he’s always very entertaining. I’m sure we’ll see lots of retrieving by him and attacking by me.”

Second seed Federer reached his 10th US Open quarter-final in the past 11 years with a comfortable 6-4, 6-3, 6-2 win over Spain’s Roberto Bautista Agut on Tuesday.

“For me tennis is a sport. It’s not a job,” said the 28-year-old when asked why he gave up a point to Dimitrov, making no effort to get ball over the net.

That easy-going demeanour has often been used by his critics as evidence of unwillingness to put in the hard yards.

For the past 18 months or so, Monfils hasn’t even bothered with a coach.

“It’s better to have someone to help you. I need it. But that person has to be good, first of all, but has to be hard and also understand my personality. Because I don’t think I’m easy, but I think I’m quite a good worker,” said Monfils.

Federer, the oldest US Open quarter-finalist at Flushing Meadows since Agassi (35) reached the final in 2005, has won all three previous Grand Slam meetings against Monfils, all at Roland Garros.

In Thursdayâ€™s other quarter-final action in the bottom half of the draw, sixth seed Tomas Berdych takes on 14th seed Marin Cilic.

Top seed Novak Djokovic on Wednesday advanced to his eighth consecutive US Open semi-final, where he will play Japanâ€™s Kei Nishikori.