Home World Ebola death toll jumps to more than 1900 WHO 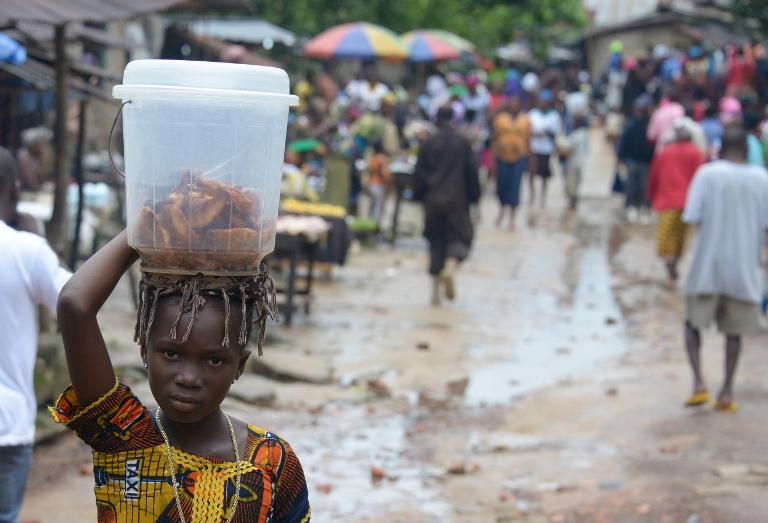 More than 1,900 people have now died of Ebola in west Africa, the World Health Organization said Wednesday, warning the world’s worst-ever outbreak of the virus is still gathering pace.

Global health experts have stepped up their warnings in recent days that world leaders need to do more to address the epidemic, which is most prominent in Guinea, Sierra Leone and Liberia.

The outbreak of Ebola, transmitted through contact with infected bodily fluids, has sparked alarm throughout the region but also further afield, with scientists scrambling to come up with treatment.

“As of this week, we are reporting 3,500 cases confirmed in Guinea, Sierra Leone and Liberia and more than 1,900 deaths — and the outbreak is rising,” WHO chief Margaret Chan told reporters in Washington.

The latest toll represents a significant increase from the 1,552 deaths and 3,069 cases reported by the Geneva-based organization just days ago.

The number of deaths also is higher than the total fatalities in all previous outbreaks combined.

Chan said she hoped that the global response to the health crisis would soon bear fruit, especially in the hardest-hit countries.

“With this international response, coordinated response, the money is coming, the technical experts are coming, so we hope to stop the transmission in six to nine months,” Chan said.

Her agency has previously said at least $490 million (373 million euros) would be needed to bring the outbreak under control, by which time over 20,000 people could be affected.

But David Nabarro, the senior UN system coordinator on Ebola, said that total costs could rise even higher.

“It will cost at least 600 million dollars — maybe a lot more — to get the necessary support to the countries, to get the situation under control,” Nabarro told reporters in Washington.

Chan said that in countries with “very intense transmission” — Guinea, Sierra Leone and Liberia — “we would like to reverse the trend in three months.”

She added for countries with “localized transmission” such as Senegal — where an isolated case has been reported — and the Democratic Republic of Congo, the WHO “would like to stop all transmission within eight weeks.”

So far, more than 30 people have died in a separate outbreak in the Democratic Republic of Congo. Nigeria reported a seventh death on Wednesday.

The outbreak in west Africa has sparked travel restrictions, which virologists say could make the situation worse, limiting medical and food supplies and keeping out much-needed doctors.

The UN’s World Food Programme (WFP) launched an emergency operation on Tuesday to get 65,000 tonnes of food to 1.3 million people in the worst-hit areas.

For Nabarro, one of the main challenges is to get all those needed to help curb the spread of Ebola back to work in affected countries. In order for that to happen, equipment and money are needed.

“This is the number one priority and we hope to create the conditions within the next few weeks,” he said.

On Tuesday, international medical agency Doctors Without Borders said the world was “losing the battle” to contain Ebola.

The head of the US Centers for Disease Control and Prevention, Tom Frieden, said urgent action was needed.

“We need action now to scale up the response. We know how to stop Ebola. The challenge is to scale it up to the massive levels needed to stop this outbreak,” Frieden said.

“This is really the first epidemic of Ebola the world has ever known.”

In the United States on Wednesday, Ebola survivor Nancy Writebol, who contracted the virus while working as a missionary in Liberia, thanked God for her recovery but admitted she had known “dark days.”

“There were many mornings I woke up and thought I’m alive and there were many times when I thought I don’t think I’m going to make it anymore,” Writebol told a news conference in North Carolina.

Fellow missionary Dr Kent Brantly has been treated in the United States and released. Another US doctor working in Liberia, Rick Sacra, has been diagnosed with Ebola.

A British nurse infected while working in Sierra Leone was discharged from a London hospital on Wednesday following treatment with the experimental drug ZMapp.

“I was very lucky,” said William Pooley, 29, who had been working as a volunteer in one of the worst-hit areas and was flown out of Africa on a specially-equipped British military plane.