Home Sports Deschamps has no doubts over French commitment 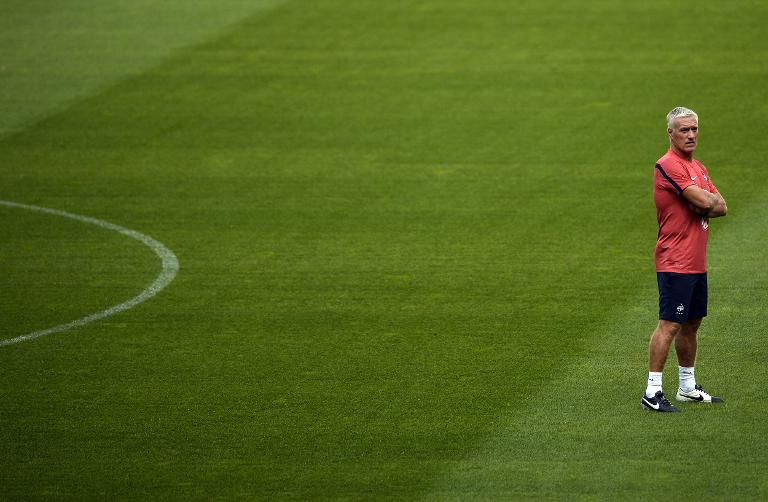 France coach Didier Deschamps insisted he had no concerns about the commitment of his players as they prepare to face Spain in a friendly on Thursday, their first game since reaching the World Cup quarter-finals.

Exactly two months after their 1-0 defeat to eventual World Cup winners Germany in Rio de Janeiro, France are back in action against the deposed World Cup holders and defending two-time European champions.

The game comes just weeks after the start of the new club season and is the first in a two-year run of friendlies for Les Bleus, who have qualified automatically for Euro 2016 as hosts, but Deschamps insists there will be plenty of motivation.

“The difficulty comes in the middle of the season. Today I am not worried because we are playing Spain at the Stade de France,” the 45-year-old said at a press conference on the eve of the game.

“In the middle of the season, the games won’t be as attractive and the players will be busier with their clubs in their leagues and in the Champions League. The difficulty will come there,” added Deschamps, who went through the same experience when a player with France in the run-up to the 1998 World Cup which they then went on to win with him as captain.

“But they must know in the back of their heads that it is a privilege to be here and that wearing this jersey brings with it certain obligations towards the public. They will need to show enthusiasm, motivation and desire every time.”

Deschamps has admitted that he will try out new faces and different systems in the build-up to the European Championship, although the team that lines up against Spain will be very similar to that which faced Germany.

France go to Serbia on Sunday for another friendly, but the visit of Spain is the far more glamorous tie, even if Vicente del Bosque’s side will have a new look following their poor showing at the World Cup.

Xavi Hernandez and Xabi Alonso, veterans of the side that won Euro 2008, the 2010 World Cup and Euro 2012, have retired from international football, following in the footsteps of David Villa.

Pepe Reina, Fernando Torres and Juan Mata were all omitted, while fitness problems of varying degrees have ruled out Gerard Pique, Andres Iniesta and Javi Martinez.

However, Deschamps said: “They are not going to change. They base their game around possession, keeping the ball on the ground with short passes.

“They have players at the heart of their game who have stopped, Xavi and Xabi Alonso. Iniesta is out, but they have such a reservoir of talent in midfield with (Cesc) Fabregas, Isco.

“Del Bosque has quite a hard core. The worry this new generation could have is that they don’t have a lot of caps.

“Competing with them for possession will be difficult, it is their strength, but the motivation will be there. It’s Spain at the Stade de France, with a sell-out crowd. I have no doubt as to the commitment of the players.”

The very fact that there will be a crowd of around 80,000 at the national stadium is indicative of the way in which France’s World Cup performance revived their public image, which had been battered by previous major tournament disasters.

“We have recovered a lot of credibility with what we did in Brazil. We are 10th in the FIFA rankings,” said Deschamps.

“We were quarter-finalists at the World Cup. There are teams who did better than us but we are back among the most competitive teams in Europe and the world.”