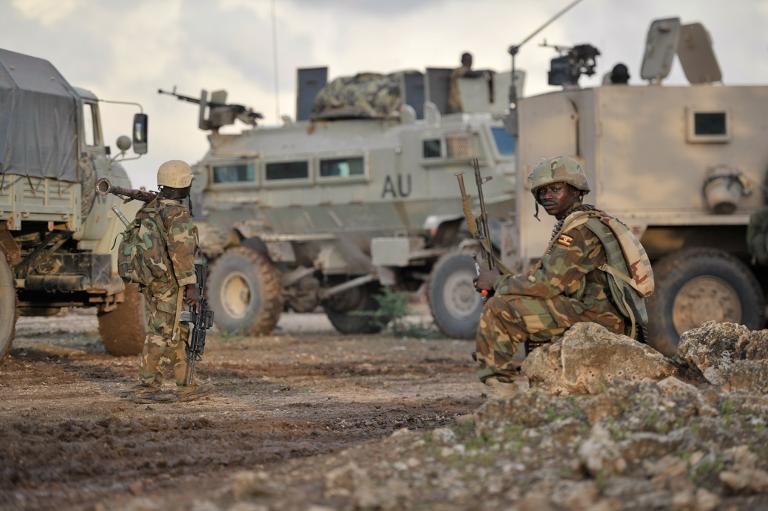 The death of the leader of Somalia’s Al-Qaeda-linked Shebab rebels in a US air strike is a “very strong probability,” but still remains unconfirmed, security sources told AFP Wednesday.

Pentagon press secretary Rear Admiral John Kirby confirmed that the late Monday attack was aimed at the group’s leader Ahmed Abdi Godane, also referred to as Abu-Zubayr, and that the ordnance definitely hit a meeting of Shebab chiefs.

But he said it was unclear if Godane, listed by the US State Department as one of the world’s eight top terror fugitives, had been killed.

According to a Western security source, who asked not be identified, there was “a very strong probability that he is dead.”

“This requires verification on the ground, which is not simple,” the source told AFP.

A senior Somali security official, who also spoke on condition of anonymity, said he believed the Shebab were now “talking about a successor” to Godane.

“We believe that the Shebab leader is dead, though we don’t have his body. Most probably he is dead,” said the official, while cautioning that “we are still assessing the situation.”

Contacted by AFP, Shebab officials maintained their position of refusing to confirm or deny the reports.

“We don’t want to comment on this American propaganda that they have killed our leader,” a senior Shebab official said.

Washington has carried out a series of drone missile strikes in the past, including attacks reportedly targeting Godane.

The Shebab are fighting to topple Somalia’s internationally-backed government, and regularly launch attacks against state targets, as well as in neighbouring countries that contribute to an African Union force — including last year’s siege of the Westgate shopping mall in Nairobi that left at least 67 dead.

The air raid came days after African Union (AU) troops and Somali government forces launched “Operation Indian Ocean”, a major offensive aimed at seizing key ports from the Islamist rebels and cutting off one of their key sources of revenue — multi-million dollar exports of charcoal.

As the offensive gathers pace, authorities in Mogadishu, the seat of Somalia’s fragile government, said late Tuesday they were willing to give “misled” Shebab members one last chance to surrender.

“They can surrender within 45 days, but anyone who stands against that offer will be recognised as a criminal and brought to justice,” Somalia’s minister for national security, Khalif Ahmed Ereg, told reporters.

Godane, 37, reportedly trained in Afghanistan with the Taliban and took over the leadership of the Shebab in 2008 after then chief Adan Hashi Ayro was killed by a US missile strike.

US authorities have offered a $7-million (5.35-million-euro) reward for information on Godane, similar to the bounty on Nigeria’s Boko Haram leader. A tip on the Taliban’s Mullah Omar is worth up to $10 million, and Al-Qaeda chief Ayman al-Zawahiri fetches $25 million.

If confirmed, Godane’s death would be a major blow for the group.