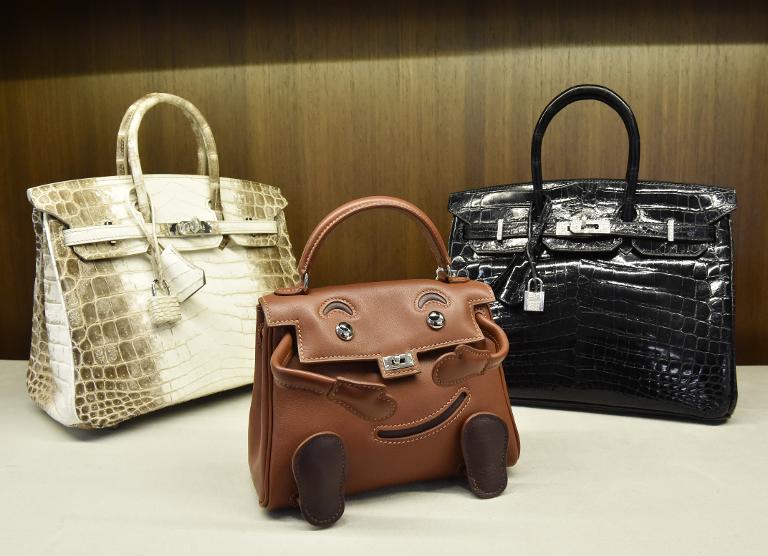 A four-year shareholder war between two titans on the global luxury products battlefield, Hermes and LVMH, ended with a truce on Wednesday, driving down Hermes shares and leaving LVMH with a big profit.

The agreement ends for five years at least any ambition by LVMH, with vast interests from champagne to luggage, to embrace Hermes, known for silk scarves and high-fashion handbags.

LVMH, a leader in the global luxury business, had built up a holding of slightly more than 23.0 percent in smaller rival Hermes, opening hostilities by first acquiring 14.2 percent discreetly in 2010 by means of complex financial instruments.

The Hermes family, shocked at this initial incursion into their share capital, closed ranks and grouped most of their shares in a holding company.

This had the effect of ring-fencing control in the boardroom and closing the door to any takeover by LVMH.

Litigation followed, largely over the legal and financial techniques used by either side, to gain the upper hand.

Under the deal announced by LVMH on Wednesday, and brokered by the president of the Paris commercial court, LVMH is to distribute all of its shares in Hermes among its own shareholders, and undertakes not to buy any Hermes shares for five years.

The immediate effect of this end to prospects of a bidding war for Hermes, pushed down Hermes shares by 9.38 percent to 238.10 euros.

Sources close to the matter said that the agreement would generate a capital gain of about 2.8 billion euros for LVMH, and LVMH shares rose by 2.10 percent to 135.85 euros.

Since LVMH revealed in October 2010 that it had secretly built up a holding, shares in Hermes had risen by 64 percent to 262.75 euros late on Tuesday.

LVMH would therefore have made a profit from the Hermes shares given the sharp rise in the stocks’ value.

The agreement was structured so as to limit the damage to Hermes shares, since an outright sale of the holding could have hit the price far harder.

LVMH was founded by French business tycoon Bernard Arnault, and his own holding company Groupe Arnault, as a shareholder in LVMH and in another Hermes shareholder Dior, will end up with 8.5 percent of Hermes once the shares have been distributed, an operation to be completed by December 20.

At brokers Barclays Bourse in Paris, director Franklin Pichard said: “The speculative premium for Hermes shares has disappeared, hence the plunge in the price this morning. However, investors welcome the distribution to come for shareholders in LVMH and Dior.”