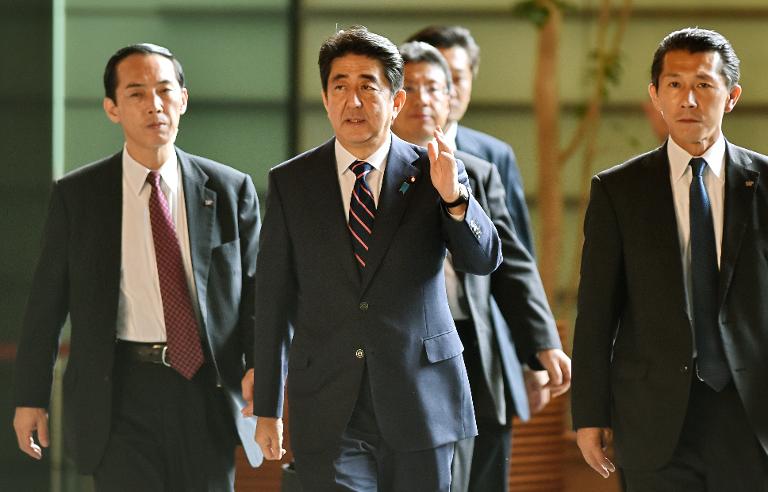 Japanese Prime Minister Shinzo Abe named five women to his new cabinet on Wednesday, leading by example in a country economists say must make better use of its highly-educated but underemployed women.

The five make up nearly a quarter of the 18-strong cabinet and come close to matching his declared aim for the percentage of women in senior positions.

“A society in which women shine is one of the big pillars of this government,” Chief Cabinet Secretary Yoshihide Suga told a news conference ahead of the announcement.

Abe has repeatedly spoken of the need to get more women into the workforce to plug a growing gap in the labour market.

He has said he wants 30 percent of senior business and political positions occupied by women by 2020, to mitigate problems caused by an ever-shrinking number of workers who need to provide for a growing number of retirees.

“We have to revise ideas of seeing everything from men’s viewpoint,” Abe said in a speech earlier this year.

“The most underused resource we have is the power of women,” Abe said. “Japan must be a place where women are given the chance to shine.”

Government figures show only 11 percent of managerial jobs are occupied by women, compared with 43 percent in the United States and 39 percent in France.

The reshuffle, Abe’s first since coming to power in December 2012, is seen as partly an exercise in shoring up his power base in the sometimes-fractious Liberal Democratic Party, and partly aimed at re-enlivening a flagging economic and security agenda.

Observers say the LDP, the bastion of age-based seniority that has ruled Japan for most of the last 60 years, is crammed with lawmakers who feel they have served their time on the back benches and deserve a shot at a government job.

However, the female appointments — up from two in the last cabinet — marked a shift in emphasis for a body usually dominated by older men, where women frequently appear to be little more than a cosmetic afterthought.

One of those who won a ministerial portfolio was Yuko Obuchi, 40, the daughter of former premier Keizo Obuchi, who becomes economy, trade and industry minister.

She has made the grade once before, at the age of 34, and holds the record for being the youngest female cabinet minister Japan has had.

Among other female politicians getting the nod were Midori Matsushima, 58, as justice minister, and Haruko Arimura, 43, as minister in charge of women’s activities, Suga said.

“Abe is trying to give an example of his commitment to the better use of women by appointing five of them,” said Shinichi Nishikawa, professor of politics at Meiji University in Tokyo.

Appointing women was also expected to lead to a rise in support for him among female voters, Nishikawa said.

The staunchly conservative premier had enjoyed sky-high public support when he came to power in December 2012 promising to kick-start Japan’s sputtering economy.

But a series of bruising battles over a consumption tax hike and an unpopular move to water-down the pacifist constitution have taken some of the wind out of his sails.

The reshuffle was the first major surgery Abe has performed since coming to power, making the present cabinet one of the longest-serving collectives since the end of World War II.

Abe’s own 20 months in the top job also marks him out as unusual in a country where, with precious few exceptions, premiers have tended to last little more than a year.