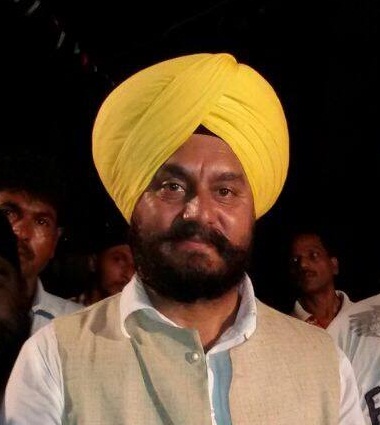 New Delhi: Unidentified goons attacked BJP MLA Jitender Singh Shunty on Wednesday morning. None of the bullets hit him and the entire incident was recorded on CCTV camera installed outside the house.

Three men on a motorcycle took shots at Shunty outside his house in east Delhi’s Vivek Vihar around 6 am. The assailants then fled from the spot.

The incident took place when the man reached Shunty’s residence and repeatedly rang the bell.Â

“As Shunty went out to check, the man who was wearing a helmet, told him that he wanted to get some documents attested, As the BJP MLA took the documents from him and was about to go inside the house to attest them, the attacker whipped out a pistol. Seeing the weapon, Shunty tried to prevent him from opening fire and had a scuffle with him but the gunman managed to fire three to four shots at him, which missed Shunty by a whiskerâ€, the official said.

The attacker then fled from the scene and police was informed about the incident.

Investigators are also examining the CCTV footage for more leads in the case.

“Satisfied with police proceedings, they reached the spot in five minutes, case is being investigated”, Shunty said.

In 2007, Shunty, as an independent councilor, had claimed he was attacked by unidentified assailant. In 2008, he said someone tried to run a truck over him.