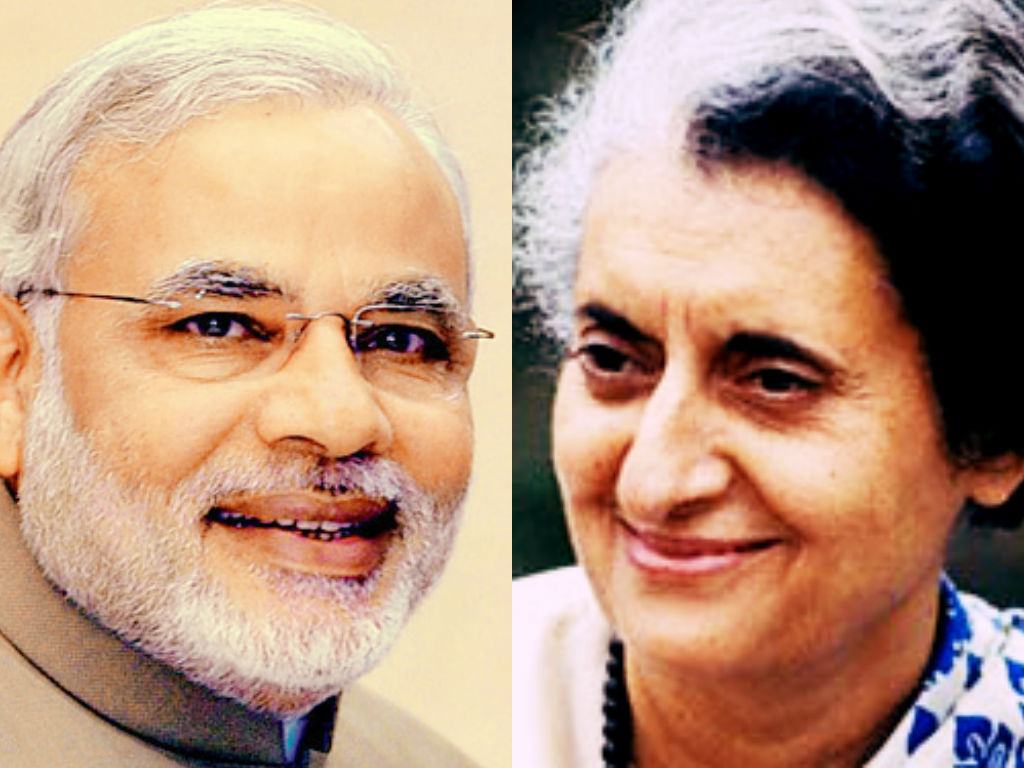 New Delhi: Not since the days of Indira Gandhi have the wheels of bureaucracy moved swiftly, as in the first 100 days of Narendra Modi, it is partly because of fear and partly because the Prime Minister is firmly in the saddle.Â Â  While many old timers say that Modiâ€™s style is that of Indira in the E age where information is power but with enough information it rapidly travels to the Prime Minister which makes him master of all crucial information. While critics dub this authoritarian even the old guard in his own party like L K Advani and M M Joshi have been sidelined but in all this he has emerged as a decisive decision maker, in stark contrast to Dr Manmohan Singhâ€™s regime when policy paralysis had gripped the country. Â Â

While the Congress has done its bit and lambasted the PM he does mirrors Congress’s most decisive Prime Minister, Indira Gandhi for her administrative acumen. The Prime Ministerâ€™s control over his Cabinet Ministers is total, so much so that they do not dare to take their boss casually. He monitors every move of his ministers that none breaks the moral code given by the Prime Minister. Â There has been friction with senior Ministers pitted against each other,

Modiâ€™s success in turning the bureaucracy into a dynamic, dedicated workforce is commendable. But his success in diplomacy and international relations far outweigh his success elsewhere. His visit to Japan, forming a new axis of power â€“ New Delhi-Tokyo axis â€“ will have far-reaching consequences in geo-political shifting power. It will promote Indiaâ€™s Defence preparedness, technological leap, and infrastructural architecture.

Modiâ€™s ability to communicate and get into the heart of his audience has won him many admirers among technocrats and business leaders, with whose cooperation, the Prime Minister can hope to change the face of urban India, with smart cities and bullet trains to crown it. Â Â Â Â

Modiâ€™s success on the economic front has just started showing results, with growth rate accelerating. If prices have not come down dramatically, the expectations are that the inflation will be tamed in the next six months. Â

The economy is showing signs of recovery, with foreign investment prospects brightening and the growth rate set to go on the fast track. India needs an 8% growth rate to create 10 million jobs every year to keep unemployment at bay.

There was high expectation that the law and order situation would improve the moment Modi assumes power. Gang rapes and torture of school children continue as before. This government needs to do something drastic, even though law and order is a state subject.

Not standing on false prestige, Modi government has continued some of the welfare policies of the UPA government, to the chagrin of Congress top brass. The Prime Ministerâ€™s Home & Bank Account for every Indian has assumed enormous popularity.

Where Modi has not made much impact is in dealing with the heterogeneous complexity of India. The North East, the trouble-makers of J & K, and the linguistic chauvinism of Tamil Nadu are issues that should be taken up with greater statesmanship and far-sight.

Another grey area is our relationship with Pakistan, the fragile state that needs international monitoring. Exporting terrorism is a crime against humanity, for which the world community must stand up. Perhaps, a hundred days is not enough to mobilise world opinion against Islamabad or deal with the complexity of India in one go. But the real danger to Modi can come from the lunatic fringe who, if given a free hand, could negate all that his government achieved in 100 days, or will achieve in the next five years.

The 100 days of Modi has proved that he has a mind of his own â€“ and a unique vision to make India the powerhouse of the world. Â The hundred days

Former Press Advisor to Prime Minister and senior journalist HK Dua, has this to say: Modiâ€™s style of functioning comes very close to Mrs Indira Gandhiâ€™s. Both are a little wary of sharing information with the media, and both keep the media at armâ€™s length. Neither of them liked the media much, and the information that comes is packed. Modi twitters and blogs, but the information needs clarification. There is none in the bureaucracy to answer the questions, because they are shy and wary of the consequences.

So the flow of information becomes one-sided, and the media has to speculate, which is good neither for the government or the country. The media articulate the public opinion and benefits the government.

During Indira Gandhiâ€™s time, there was talk of committed judiciary, committed bureaucracy, and committed press. But there needs to be greater transparency and sharing of information for the health of democracy. And there should be someone authorised to issue clarification.

Former Editor of The Times of India, Inder Malhotra, observes that there are similarities between Modi and Indira Gandhi; but the latter was far more sophisticated. But both have/had total control over the administration. Â No one dared to oppose them in their parties.