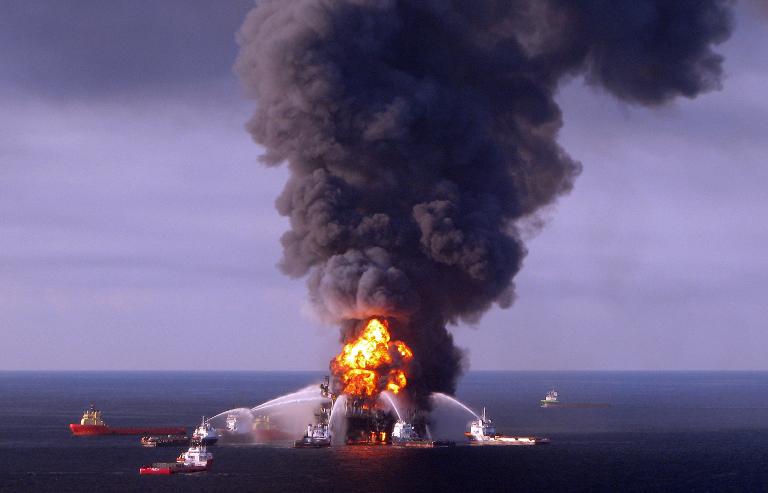 Oil services company Halliburton said Tuesday it would pay a $1.1 billion settlement over its role in the 2010 Gulf of Mexico oil rig blowout that led to the United States’ most disastrous oil spill.

Halliburton said the money would be paid to the Gulf fishing industry and other victims of the Deepwater Horizon disaster, including some claims made in suits against oil giant BP.

Under contract with BP, Halliburton constructed the cement casing of the offshore deepwater Macondo well that blew out on April 20, 2010, killing 11 people.

The blast sank the BP-leased Deepwater Horizon drilling rig and sent millions of barrels of oil gushing into the Gulf of Mexico over 78 days, soaking shores in several states, killing wildlife, and shutting down the fishing industry on much of the US gulf coast.

In 2013 Halliburton was fined for destroying evidence relating to the accident.

BP has been fined tens of billions of dollars for the oil spill, and Halliburton said some of the fine announced Tuesday was its share of the nearly $8 billion April 2012 settlement BP made with class-action plaintiffs.

Another portion was punitive damages against Halliburton, mainly from the gulf coast fishing industry.

Halliburton, based in Dubai and Houston, said it has already set aside $1.3 billion to cover potential damages in the case.