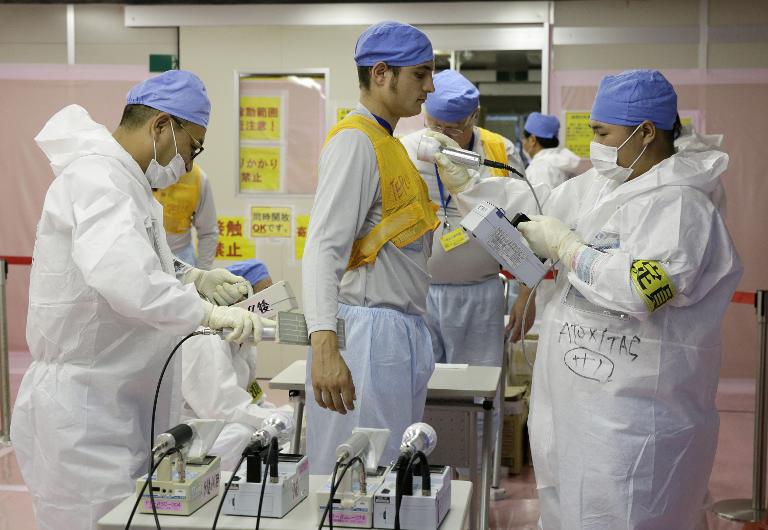 Workers employed in decommissioning the crippled Fukushima nuclear power plant are to sue operator Tokyo Electric Power and some subcontractors, demanding millions of yen in unpaid danger money, their lawyer said on Tuesday.

The four men, of whom two are still working at the Fukushima Daiichi plant, will demand the companies pay a total of 65 million yen ($620,000), mostly in hazard allowances.

The workers, whose ages range from those in their 30s to their 60s, say they have not been properly compensated for the risks their work entails, including removing contaminated debris and patrolling at the plant.

The suit will be filed with the Iwaki branch of the Fukushima District Court on Wednesday, according to lawyer Tsuguo Hirota.

It is the first time that workers still employed at the plant have launched legal action against TEPCO over remuneration and working conditions, despite widespread reports of exploitation and abuses.

“My health may be harmed some day… I believe there are many people who can’t speak out about this kind of (underpaying) problem,” one of the workers told public broadcaster NHK.

“I may get fired or may be given no further work. But I hope people will take this as an opportunity to speak up and get paid,” he said.

A massive tsunami triggered by a 9.0-magnitude earthquake in March 2011 smashed into the plant on Japan’s northeastern coast, sending reactors into meltdown and contaminating a wide area.

TEPCO, one of the world’s largest utilities, has routinely used several layers of contractors and subcontractors in the clean-up and decommissioning work at Fukushima.

Of the 6,000 people working at the plant every day over the last two months, only a handful were directly employed by TEPCO. Allegations continue to swirl that organised crime has had a hand in staffing subcontractors at the bottom of the food chain.

The sometimes murky arrangements mean that despite pledges by TEPCO of extra cash for employees, it is often difficult to tell if the money filters through to the people at the sharp end, or is skimmed off at one of the many intermediary levels.

TEPCO had no immediate comment on the case, but said it would wait to hear what the plaintiffs said in court.