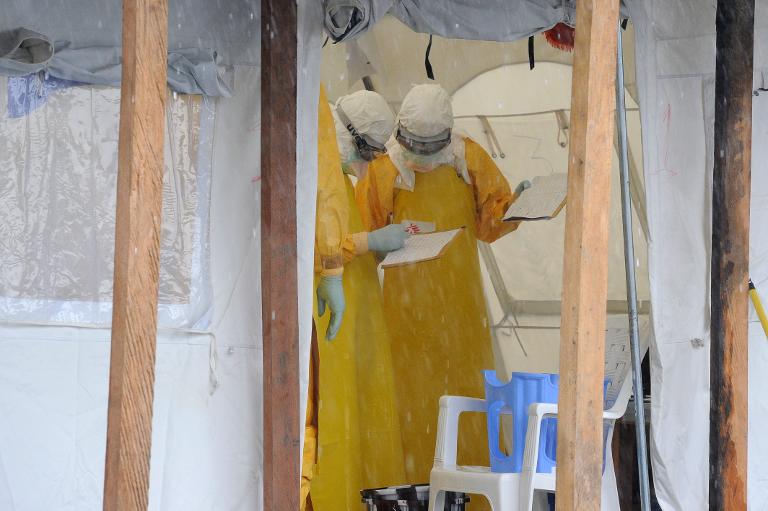 An outbreak of the Ebola virus in the Democratic Republic of Congo has killed 31 people and the epidemic remains contained in a remote northwestern region, UN the World Health Organization (WHO) said Tuesday.

“There are now 31 deaths,” Eugene Kambambi, the WHO’s head of communication in DR Congo, told AFP, citing Congolese authorities and stressing that the epidemic “remains contained” in an area around 800 kilometres (500 miles) north of the capital Kinshasa.

Health officials had previously given a death toll of 13 people from the lethal haemorrhagic fever since August 11 around the isolated town of Boende, surrounded by dense tropical forest in Equateur province.

Kabambi was speaking by telephone from Mbandaka, the provincial capital, where he was accompanied by Health Minister Felix Kabange Numbi and the WHO representative in DRC, Joseph Cabore. The three were due to travel later Tuesday to the Boende area, which has already been quarantined.

Kabamba added that there were “53 confirmed, suspected or likely cases” of Ebola, while 185 people were under medical watch because they had admitted to contact with patients or were believed to have had dealings with people stricken by the highly contagious disease.

The government announced on August 25 that the DRC was facing its seventh Ebola outbreak since the disease was first identified in the former Zaire in 1976.

The health minister has ruled out any link with a serious Ebola epidemic sweeping parts of west Africa, at a cost of more than 1,500 lives, on the grounds that there had been no contact between those distant nations and Boende. The WHO has taken the same position.

Health authorities state that the outbreak is confined to four medical zones around Boende, where some personnel from the WHO and the charity Doctors Without Borders (MSF) have been working with specialised epidemiologists since mid-August.

MSF on Monday told AFP that reinforcements had reached the affected area and were setting up an Ebola clinic. The deep forest location makes it hard for health teams to get to Boende, along with medical supplies to treat symptoms of the disease.

On the basis of WHO figures, Ebola kills a global average of 61 percent of those infected, causing unstoppable bleeding and the collapse of internal organs in its final stages.

While there is no vaccine, patients can be helped through the early phases of infection, marked by severe headaches, muscle pains and dehydration because of vomiting and diarrhoea.