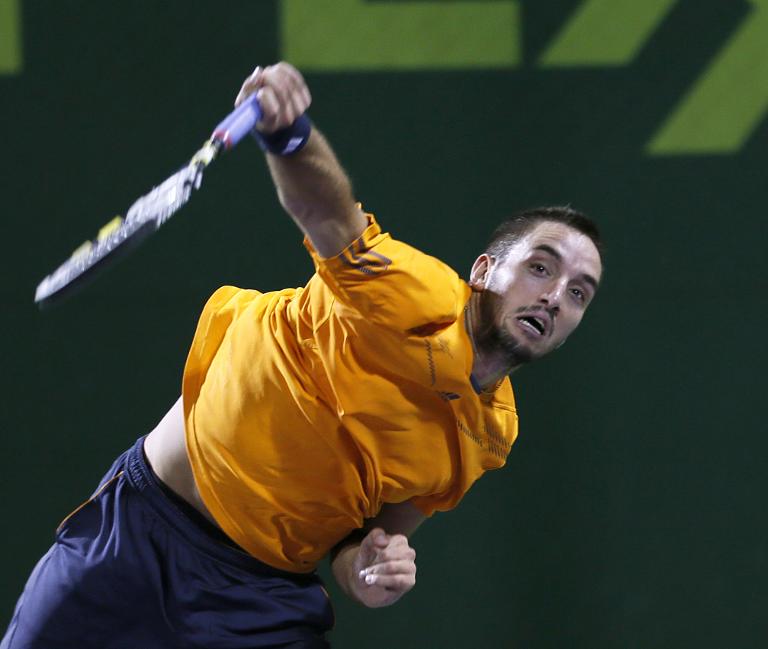 Even as he progresses in the US Open, world number one Novak Djokovic was keeping an eye on the fortunes of Serbian Davis Cup team-mate Victor Troicki’s return from a controversial drugs ban.

On Sunday, Troicki won the title at the Como tournament in Italy on the lower-rung Challenger tournament, defeating Ireland’s Louk Sorensen in the final.

Troicki came through qualifying to lift his first trophy since he returned to competition in July after a one-year suspension.

“I congratulate him for a win,” Djokovic said after clinching a quarter-final berth at the US Open. “He just won a Challenger from qualification and won eight, nine matches in a row.

“You know, he’s around 250 in the world from scratch, zero. He had no points. Very few wildcards. He had to start from qualifications of Challengers and so forth. It’s not easy.”

Djokovic had been among those urging leniency when Troicki was banned for 12 months for delaying a mandatory blood test at Monte Carlo in April 2013 by a day, saying he felt ill.

He was had blood drawn a day later, but that wasn’t enough to satisfy anti-doping authorities.

Troicki returned to competition with a wildcard at the Swiss Open in Gstaad in July.

Djokovic discussed the painstaking process of rebuilding a ranking, and said he was proud of Troicki’s determination.

“I don’t want to go back and talk about what happened, but I’m proud of him getting through that and now again winning an event and coming to top 250 in the world, which is amazing only after few months.”

The new rankings won’t actually be released until after the US Open, but when they do Troicki is projected to come in around 250 — up from the 408th spot he held going into Como.

“His goal is to reach the Australian Open as a main draw player, so he has to be top 100 there,” Djokovic said. “I think it’s possible with his quality.”