Home Politics Imran Khan has the backing of the Army: Javed Hashmi 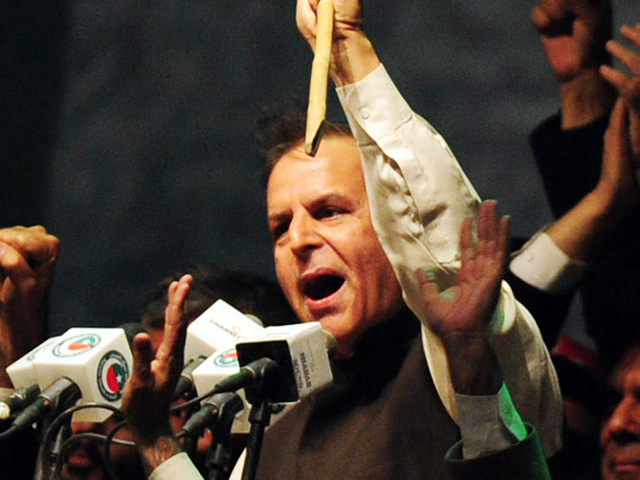 Islamabad: Makhdoon Javed Hashmi the former President of Pakistan Tehreek-e-Insaf has lashed out at its Chief Imran Khan calling his moves a pre-mediated plan.

The accusations come after Hashmi was expelled from the party on Sunday for opposing Khanâ€™s decision to march towards Prime Minister Nawaz Sharifâ€™s official residence in Islamabad.

Hashmi has said that Khan took support of the Army as he did not believe he could move forward without it. Army has also apparently asked him to work alongside Pakistan Awami Tehreek Tahir-ul-Qadri.

The former PTI leader claims that Khan has said the elections would take place in September, adding that Khan has the backing of the Supreme Court, with him having a choice of Chief Justice.