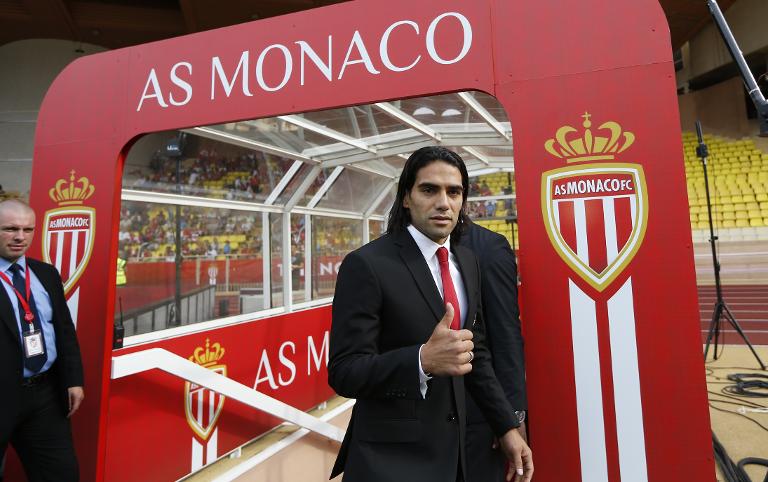 The Colombian flew to Manchester to undergo a medical to seal an initial one-year loan move from Monaco, British media said, with the deal set to push United’s spending since the opening of the transfer market on June 9 above Â£150 million ($250m, 190m euros).

Teams from the top leagues in England, Spain, Germany, Italy and France — the nations that dominate Europe’s football economy — had laid out more than $2.1 billion during the transfer window up to Monday.

United have been Europe’s biggest spenders, ahead of Spain’s Real Madrid.

The arrival of 28-year-old Falcao came as several players headed for the exit at United, who have failed to win any of their first three games in the Premier League.

Manchester City’s England defender Micah Richards was in Italy for a medical with Fiorentina, the Italian side said, after Chelsea’s Dutch midfielder Marco van Ginkel had joined AC Milan.

Italian international attacker Alessio Cerci moved from Torino to Atletico Madrid, who have signed 10 players for their bid to defend the Spanish title.

However, Atletico’s Belgian international defender Toby Alderweireld went to Southampton to complete a move to the English Premier League side, media reports said.

According to FIFA Transfer Matching System, which monitors the global market, the big five leagues have already smashed the $2.02 billion spent on last year’s transfer market.

Spending is dramatically higher this year in England, Spain and to a lesser degree Germany.

According to Deloitte’s sports business group, more than $1.2 billion had been spent by England’s 20 Premier League clubs up to Friday. That was already more than $165 million above last year’s transfer window and British media said the total figure would pass $1.33 billion by the end of Monday.

Behind United, Liverpool have also spent more than $190 million (with the biggest outlays to buy Adam Lallana, Lazar Markovic and Dejan Lovren). Chelsea have laid out more than $125 million (including for Cesc Fabregas and Diego Costa) and Arsenal more than $103 million.

English clubs have spent about $300 million on Spanish players. But, according to FIFA, current spending in Spain is closing on $600 million and already three times higher than last year’s summer transfer window.

Unsurprisingly, Real Madrid and Barcelona have accounted for most of the spending.

The market has fallen dramatically in Italy and France, where the poor economy and UEFA’s Financial Fair Play regulations have hit the football business.

Top French sides Paris Saint-Germain and Monaco have spent 75% less this year on new players than in the 2013 transfer window, although while the latter have been desperate to reduce their wage bill, PSG did spend a reported $65 million on Chelsea and Brazil defender David Luiz.

Meanwhile, spending by Italian clubs approaching $200 million is 45% down on last year. The biggest reported outlay was the 22 million euros spent by Roma to sign Argentine forward Juan Manuel Iturbe from Verona.