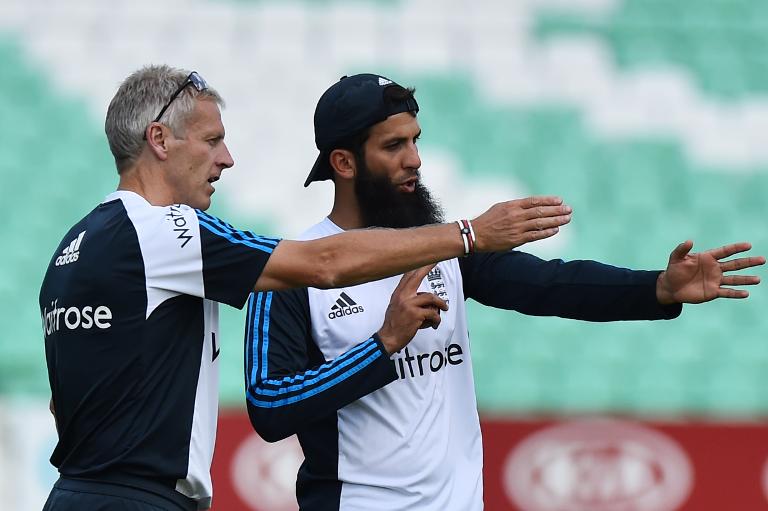 England coach Peter Moores admitted Monday his side faced a race against time if they were to be serious contenders to win next year’s World Cup in Australia and New Zealand.

No England side have ever lifted the World Cup, with the last of their three losing appearances in the final back in 1992 — when the tournament was last staged ‘Down Under’.

England are on the cusp of a fifth successive one-day international series loss under captain Alastair Cook, given they are 2-0 down with two to play ahead of Tuesday’s fourth ODI against world champions India at Edgbaston.

They have a maximum of 14 ODIs in just over five months between now and the start of the World Cup on February 14, culminating in tri-series in Australia also featuring India.

“We’ve got to work fast,” Moores told reporters at Edgbaston on Monday.

“We’ve got to accelerate the development of the team quicker than might be normal to get ourselves really competitive by the World Cup.

“We’ll be unfancied, we’ve got work to do,” admitted Moores, now in his second spell as England coach.

But he insisted England were not suffering ‘paralysis by analysis’, and that opening batsman Cook, who has gone 37 ODI innings without a hundred, was the right man to lead the one-day side.

Former England off-spinner Graeme Swann said last week the team do not have a “cat in hell’s chance” of winning the World Cup and urged Cook to quit white-ball cricket.

However, Moores insisted: “When people say ‘you’re going to go back and play like England in the 19 whatevers’, that’s not what we’re doing.

“We’re pretty clear on a strategy to go and be successful.

“But 50-over cricket isn’t quite the same as people just walking out and whacking it. The best sides don’t do that either.”

England’s critics have argued a one-day top-order that currently features Cook, Ian Bell and Joe Root, all orthodox batsmen with a strike rate of under 80, puts too much pressure on the rest of the order.

But Moores added: “You’ve got to have a balance in your team of people who strike the ball and also people that rotate.

“You need to know you can create situations when some of your strikers, the Jos Buttlers of this world, have the freedom to play that sort of game.”

Asked if he was confident Cook, who faced calls from several former captains to resign during the preceding Test series against India before overseeing a 3-1 win, would lead England at the World Cup, Moores replied: “Yes, I am.”

Swann, who retired midway through England’s 5-0 Ashes thrashing in December, said England had become slaves to a misguided, statistical-based approach when it came to one-day cricket and cited their 10-wicket loss to Sri Lanka in the quarter-finals of the 2011 World Cup as proof.

But Moores, who replaced Andy Flower, after the Ashes debacle, insisted he wants his players to think for themselves.

“The brain of a top-flight player is a fantastic bit of kit,” he said. “The best players in the world have the ability to adapt quickly on the field.

“To not use any analysis at all and rely on just what you saw — nobody does that.

“You use information, how wisely you use that information dictates how well you’ve got your set-up.

“If it’s being used to add clarity to stuff and help people develop their thinking, great. If it’s there to replace their thinking then it’s flawed.”