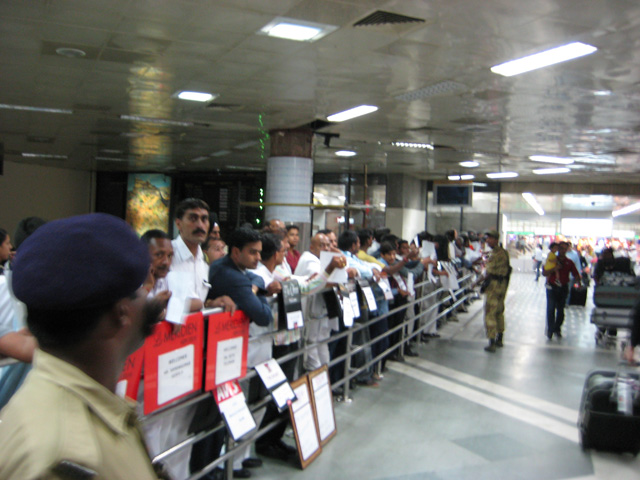 New Delhi: Six passengers from Liberia reached Delhiâ€™s Indira Gandhi International Airport on Tuesday and were taken to a government hospital for screening. Mumbai and Delhi airports are on high alert with elaborate precautionary arrangements put in place for the 112 stranded Indians coming home.

Sixty-six passengers who reached Mumbai airport have been given the clearance.

While the passengers without any symptoms will be cleared and shifted to terminal for immigration and customs clearance, those coming from Liberia with symptoms suggestive of Ebola Virus Disease (EVD), will be directly shifted to the designated hospital in ambulance from the bay, it added.

According to MIAL, Ethiopian Airline, Emirates, Etihad, Qatar, Jet and South African Airways are flying these passengers to Mumbai.

Some of these passengers will first arrive in Delhi and then come to Mumbai by domestic airlines flight, MIAL said.

MIAL also said the baggage of the flights need to be kept separate by the concerned airline in their custody, adding disinfection of the flight will be carried out once all passengers would be de-boarded.

Flights will be allowed to board next passengers only after 30 minutes of disinfection, it added.