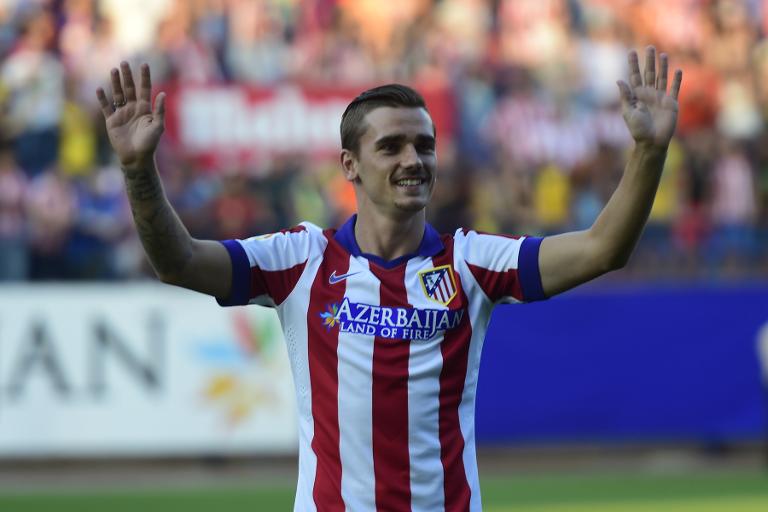 France international Antoine Griezmann said Thursday he hopes to learn from his new teammates at Atletico Madrid as he was unveiled as the Spanish champion’s new signing before thousands of fans.

Griezmann, who impressed for France during the World Cup, has moved to Atletico from Real Sociedad on a six-season contract.

Spanish media said Atletico paid about 30 million euros ($40 million) for the 23-year-old, which if correct would make him the second most expensive signing in the club’s history.

“When they called me I agreed right away, its a great club, a great project, we are talking about the Champions League finalists and the current La Liga champions so I did not even think twice,” the 23-year-old told a news conference.

Griezmann scored 16 goals for Real Sociedad last season and had been linked to several clubs across Europe, including Premier League side Tottenham Hotspur.

He will link up at Atletico with Turkish international Arda Turan and Croatian international Mario Manduzkic, a fellow new signing, in an impressive front three as Atletico look to defend their La Liga title from big-spending Spanish giants Barcelona and Real Madrid.

Griezmann came through Real Sociedad’s youth system, having joined the club as a 13-year-old, before making his first-team debut in 2009 and going on to score 53 goals in 202 appearances.

He has been capped nine times for France and has netted on three occasions.