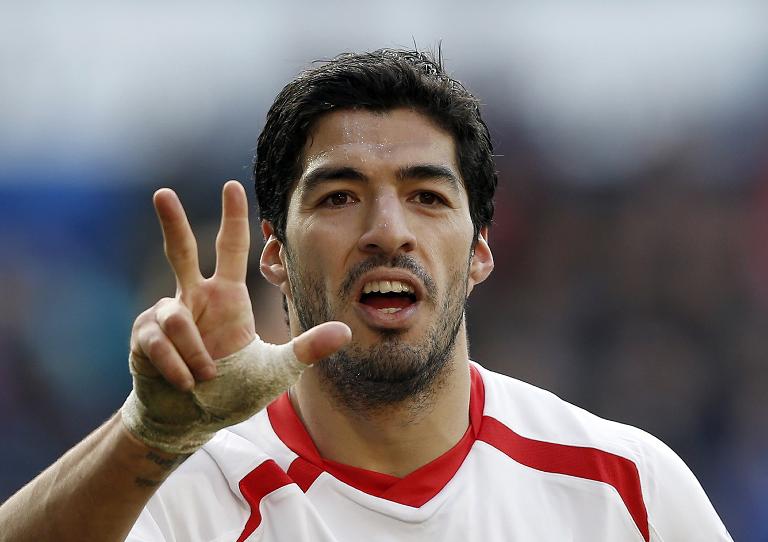 Liverpool captain Steven Gerrard has revealed he told former team-mate Luis Suarez he was “too good” to join Arsenal when the north London club came calling for him last year.

The Uruguayan went on to score 31 goals as Liverpool narrowly missed out on the Premier League title and although he has since joined Barcelona, Gerrard was relieved not to see him move to Arsenal.

“Last summer, when Luis was out in the cold, I told him, ‘Don’t go to Arsenal,'” Gerrard told the Thursday editions of several British newspapers. “With all due respect to them, I told him he was too good for Arsenal.”

Barcelona paid Â£75 million to secure Suarez’s services, despite the fact he is currently serving a four-month ban after biting Italy’s Giorgio Chiellini at the World Cup in Brazil.

While Gerrard was loath to see the back of a player who he has described as the most talented he has ever played with, he understood the 27-year-old’s reasons for heading to Catalonia.

“Luis’s dream, from the first day he came to us, was to play for Real Madrid or Barcelona,” said the 34-year-old.

“I thought for his own sake, and to get our fans’ respect, he had to give us at least one more year.”

Gerrard added: “You can’t begrudge him his dream, leaving for Barca. But I’d have been disappointed if he had left for Arsenal.”