Home World Snowden a recluse one year on from Russia asylum 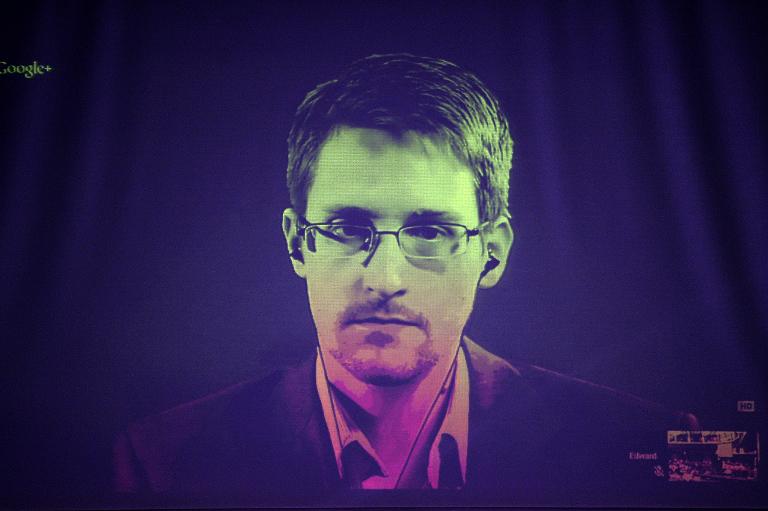 Fugitive US intelligence agent Edward Snowden marked on Thursday one year of political asylum in Russia, where he continues to live a life shrouded in mystery amid a dearth of public appearances.

Little has been heard on the movements of the former National Security Agency (NSA) contractor since he first obtained provisional leave to remain in Russia after spending — according to the official version — a month in the transit area of Moscow’s Sheremetyevo airport.

It is not known where the reclusive Snowden lives, if he is working or if so, in which sector.

The last picture of Snowden published in Russian media dates from December 2013. In it, the former agent sports a red t-shirt and beige cap, apparently on a boat in the middle of the Moskva river.

The popular website LifeNews also published an image of Snowden pushing a supermarket trolley while out shopping, which his lawyer, Anatoli Kucherena, confirmed to be genuine.

In April, Snowden made a shock appearance on an annual question and answer session with President Vladimir Putin, probing the Kremlin strongman on the surveillance of Russia’s population.

“I would like to ask you: Does Russia intercept, store or analyse, in any way, the communications of millions of individuals?” he asked in a recorded message, appearing against a black background wearing a dark jacket and grey t-shirt.

Accused by Washington of espionage and stealing state documents, Snowden travelled to Moscow via Hong Kong after revealing the true extent of global US electronic surveillance. He had intended to travel to South America.

The former NSA employee, who has had his passport withdrawn by US authorities, stayed in Russia after being granted asylum.

Snowden’s lawyer Kucherena said on Tuesday that the fugitive still feared for his life.

“If I had the chance to organise a meeting with him, I would. But for now the question of security is still relevant,” Kucherena said at a forum on education.

In January, Snowden received online death threats from some US officials, whose identity has not been revealed, according to Kucherena.

As hopes dwindle that he may be able to return to the US or obtain asylum in Brazil — which he has sought — Snowden has asked for an extension of his residency permit in Russia, which expires on Thursday.

Kucherena indicated at the beginning of July that Snowden’s renewal documents had been submitted to immigration services but that the procedure had not been finalised.

Russian officials have yet to make any formal announcement on the status of Snowden’s application and Kucherena now refuses to comment on the subject.

However, immigration sources have told Russian media on condition of anonymity that the renewal will be accepted, adding it was up to Snowden whether or not to announce the decision.

An American lawyer who has advised Snowden said that he is likely to stay in Russia for the time being.

“I know ultimately he would love to be able to come home or seek refuge in a country of his choice,” Jesselyn Radack said in an interview on Australia’s ABC Radio on Wednesday, according to a transcript published on its website.

“But for now he is in the safest place that he can be and Russia has indicated that it intends to plan on having him, allowing him to continue to stay.”

Analysts believe Snowden is still useful to Russia, both practically and politically.

Independent defence analyst Pevel Felgenhauer said this week that while Snowden no longer has access to new information he can explain how US spy agencies operate.

“As a consultant on how the NSA works he is very useful,” he was quoted as saying in Novaya Gazeta.

“The very presence of Snowden is of symbolic importance to Russia,” said political scientist Alexei Makarkin.

“Snowden has become a symbol of the struggle for freedom, and that’s useful for Russia. Today, that’s one of the strongest arguments (Russia) could put to the international community” as relations with the West deteriorate, he said.