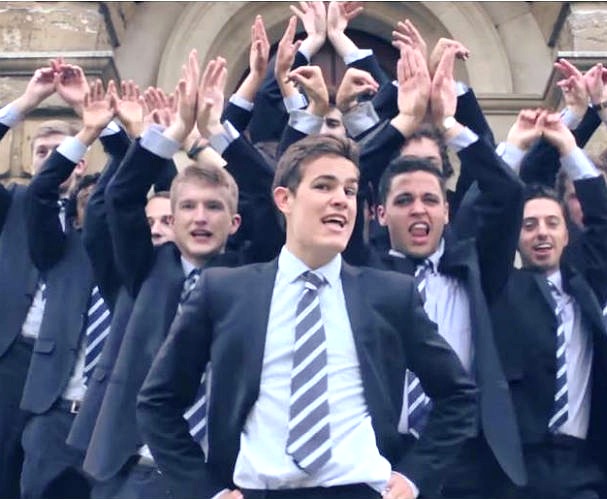 Pop star Shakira has praised Out of the Blue â€“ a male cappella group â€“ for a remake of her video Hips Donâ€™t Lie. The video features a 15-members group from Oxford and Oxford Brookes University dressed in suits shaking their legs around the city of Oxford.

The video made in aid of Oxford childrenâ€™s hospice Helen and Douglas House has so far received over 200,000 views on YouTube. It went viral on Youtube after the Pop star praised the group on Twitter â€œHey @ooboxford, we LOVE your a capella Shak medley! Â¡Nos encanta este medley que han hecho!,â€

Speaking of his surprise, graduate Joshua Barr who features in the video said, â€œWe couldn’t believe we were tweeted by Shakira. On the Facebook post she signed it off personally so we knew she had actually watched the video, which is amazing.â€

â€œWeâ€™ve recorded the song for charity and all the proceeds go to the hospice Helen and Douglas House, so the most exposure it gets, the better.â€

Helen & Douglas House Hospice for Children and Young Adults is a registered hospice charity based in Oxford, UK. They provide free palliative, respite, end-of-life, and bereavement care for children and young adults, and their families.

Helen House was the worldâ€™s first childrenâ€™s hospice, founded in 1982. Douglas House followed in 2004, to provide the same services for young adults between the ages 16 – 35. Both houses were named after their first visitors, and they havenâ€™t stopped growing since.