Home Sports Lukaku not up for Chelsea fight says Mourinho 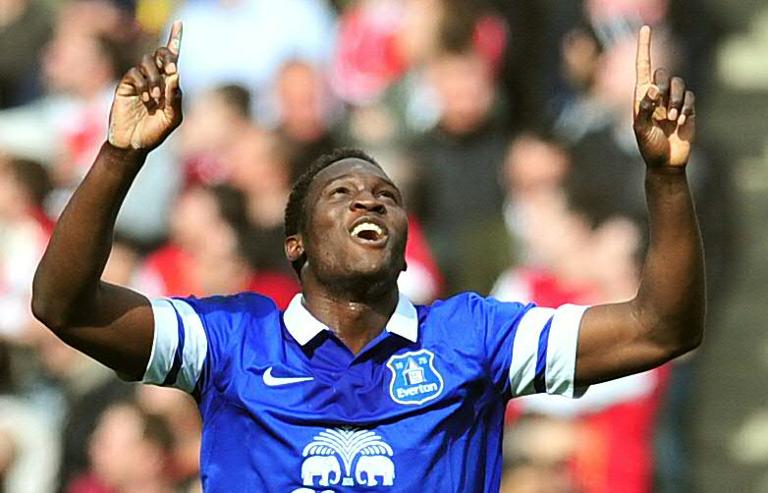 Chelsea manager Jose Mourinho has claimed that he sold Romelu Lukaku to Everton because the Belgian striker did not have the stomach to fight for a place at Stamford Bridge.

The 21-year-old faced competition from new signing Diego Costa and returning club great Didier Drogba at Chelsea, and Mourinho felt that he did not possess the drive to win a first-team place.

“Romelu was always clear that in his mentality and his approach he was not highly motivated to come to a competitive situation at Chelsea,” Mourinho told Thursday’s edition of British newspaper the Daily Mirror.

“He wanted to play for Chelsea, but clearly only as first-choice striker. And at a club of our dimension, it’s very difficult to promise a player that status.

“That reduced immediately his desire to come to us. After that, Everton came with an important offer and because we want to be inside (UEFA’s) Financial Fair Play rules, you have to analyse these situations.”

Lukaku was dubbed the heir apparent to Drogba when he joined Chelsea from Anderlecht in 2011, but he made only 15 appearances during his three years with the west London club.

The Belgium international, who played at the World Cup, revealed that he had left Chelsea without speaking to Mourinho.

“I spoke with my agent and then from that moment on I left it up to him as I was on holiday,” said Lukaku, who has signed a five-year contract with Everton. “I made my decision and then didn’t speak too much about it.”

Asked if he had spoken to Mourinho immediately prior to leaving, Lukaku replied: “No, I think he was busy with the game (Chelsea’s friendly against Vitesse Arnhem on Wednesday).”

Despite failing to make the grade at Chelsea, Lukaku said that he had no regrets about his time at the club.

“Chelsea is a big club and sometimes it is difficult for young players to come through,” he said.

“I want to have a good career and I didn’t want to spend 10 years on the bench. I wanted to make the best out of every year.

“This (Everton) is a club with a lot of ambition and it’s the right place to be. You don’t have to have regrets in football. Choices have to be made.”

Everton manager Roberto Martinez described Lukaku’s arrival as “a very significant day in the history of our football club” and said the Belgian was “worth every single penny”.

Meanwhile, Mourinho has confirmed that Fernando Torres will remain at Chelsea despite the signings of Costa and Drogba.

Torres has enjoyed only intermittent success since arriving in a club-record Â£50 million move from Liverpool in January 2011, but Mourinho believes that the Spain international still has an important role to play.

Asked if Torres could leave before the close of the transfer window, Mourinho told Sky Sports News: “No.”

He added: “Three strikers is fundamental in a squad and we have three strikers — Fernando, Didier and Diego — so one of them is not (going), for sure.”