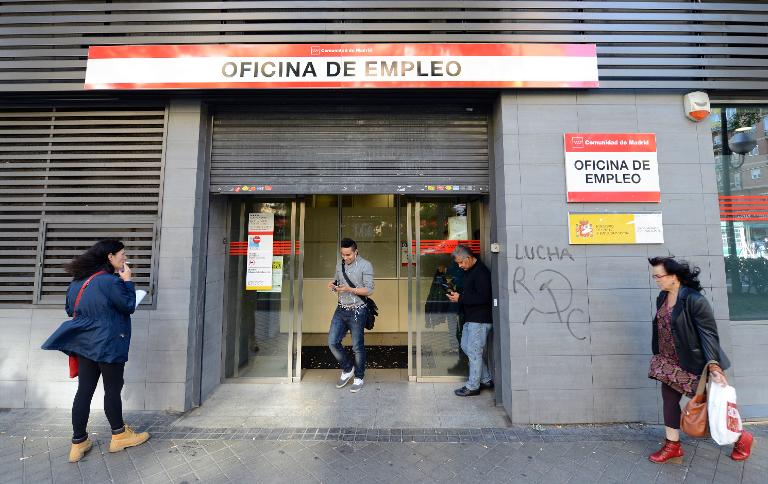 Analysts said the jobs data was welcome but when set against the slowdown in inflation, it offered little comfort for the European Central Bank which will likely come under additional pressure to adopt more stimulus measures to keep very modest growth on track.

Declining inflation is a concern because it carries the risk of outright falling prices, known as deflation, which deters consumers from spending in the belief they can wait and buy more cheaply later.

If that happens, demand suffers and companies put off investment, hurting employment and so setting off a vicious circle which can drag down the whole economy.

July inflation dropped to 0.4 percent from June’s 0.5 percent, hitting its lowest level since late 2009 in the aftermath of the global financial crisis. In July 2013, inflation ran at 1.6 percent, well short of the ECB target of around 2.0 percent.

The July inflation report “underlines the weakness of price pressures (in the eurozone) and support our view that the ECB has more work to do to tackle the risk of deflation,” said Jonathan Loynes at Capital Economics.

Howard Archer of IHS Global Insight said the inflation figures were a “blow” for the ECB.

“There is undeniably a very real risk (inflation) … could go lower still and it certainly looks unlikely to move markedly higher any time soon,” Archer said.

This will be doubly the case given the “relatively limited economic activity” expected in coming months, while new economic sanctions just adopted against Russia over the Ukraine crisis pose another “downside risk,” he added.

– Jobless totals down in slow recovery –

The jobless rate in the 18-nation eurozone fell to 11.5 percent in June from 11.6 percent in May, hitting the lowest level since September 2012, the Eurostat statistics agency said.

Eurostat said there were 18.41 million people without a job in the euro single currency area in June, down 152,000 from May and 783,000 compared with June 2013 when the unemployment rate stood at 12 percent.

Austria had the lowest unemployment rate in June at 5.0 percent, followed by Germany, the bloc’s economic powerhouse on 5.1 percent, while twice-bailed out Greece on 27.3 percent and Spain, 24.5 percent, topped the list again.

Unemployment is a “lagging indicator,” meaning it is slow to reflect changes in the underlying economy.

In this case, the eurozone edged out of recession in mid-2013 but growth since then has been modest, making a dent in record high unemployment only very slowly to the dismay of EU leaders under pressure to produce jobs.

Recent data has suggested the recovery may even have peaked out, which would mean that while unemployment should continue to show some improvement in coming months, a real turnaround may prove elusive.

Loynes said the unemployment figures “brought slightly more encouraging news (but) … there is still a lot of spare capacity in the labour market, adding to the downward pressure on wages and prices.”