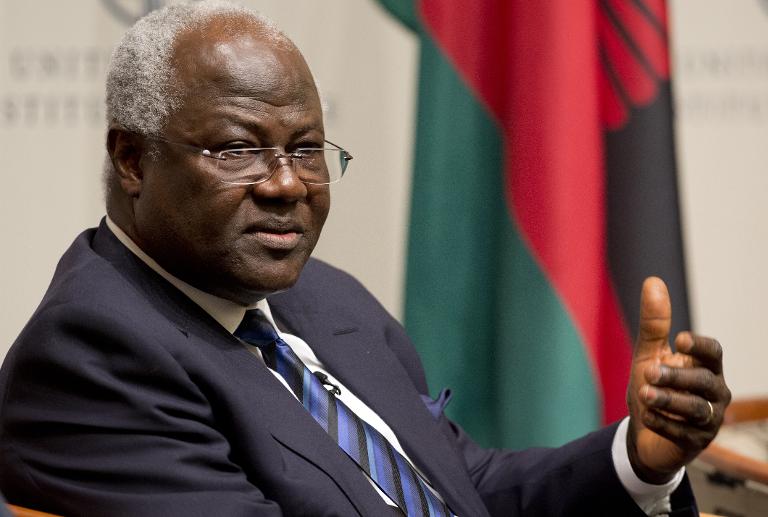 Sierra Leone declared a state of emergency on Thursday as countries across the world announced stringent new security measures to contain the deadly Ebola epidemic.

The impoverished country, along with neighbouring Guinea and Liberia, is struggling to contain an epidemic that has infected more than 1,300 people, hit major west African cities and sparked alarm over its possible spread to western nations.

The World Health Organization (WHO) raised the death toll by 57 to 729 on Thursday, announcing that 122 new cases had been detected between Thursday and Sunday last week.

“Consequently… I hereby proclaim a state of public emergency to enable us to take a more robust approach to deal with the Ebola outbreak.”

Koroma said he had cancelled a trip to a summit of around 50 African leaders in Washington DC next week.

He announced however that he would travel to neighbouring Guinea for a regional summit on the crisis gathering the heads of Sierra Leone, Liberia, Guinea and Ivory Coast.

Koroma announced a raft of measures as part of the state of emergency, including quarantining Ebola-hit areas and cancelling foreign trips by ministers.

Sierra Leone, which has seen 233 deaths, on Thursday buried medic Umar Khan, described by Koroma as a “national hero” who saved the lives of more than 100 Ebola patients before succumbing to the tropical bug.

The current outbreak of Ebola, which started at the beginning of this year, has killed 55 percent of those it has infected. The virus causes severe muscular pains, fever, headaches and, in the worst cases, unstoppable bleeding.

Although it is not a particularly robust virus — it isn’t airborne and can be killed with soap and hot water — it is spread through contact with bodily fluids, meaning anyone in close quarters with a patient could be at risk.

Fears that it could spread to other continents through air travel have been growing with European and Asian countries on alert alongside African countries outside the Ebola crisis zone.

Leading medical charity Doctors Without Borders warned the crisis would only get worse and said there was no overarching strategy to handle the world’s worst-ever outbreak of the disease.

Sierra Leone’s announcement comes a day after Liberia, which has seen 156 deaths, said it was shutting all schools and placing “non-essential” government workers on 30 days’ leave.

A Liberian government spokesman told AFP President Ellen Johnson Sirleaf had also cancelled her trip to the US-Africa summit and would instead send a deputy.

Sirleaf has also announced that Ebola victims will in future be cremated rather than buried.

The US Peace Corps announced Wednesday it was pulling hundreds of volunteers from Guinea, Liberia and Sierra Leone.

Elsewhere in Africa, Kenya, Ethiopia and Democratic Republic of Congo, home to some of the continents largest transport hubs, said they had enhanced screening at border points and airports.

Hong Kong announced quarantine measures for suspected cases, although one woman arriving from Africa with possible symptoms tested negative, while the EU said it was ready to deal with the threat.

One woman arriving in the southern Chinese city from Africa, who showed symptoms including fever and vomiting, has tested negative for Ebola.

The European Union is equipped and ready to treat victims should the deadly virus be found in its 28 member states, an EU source said in Brussels.

Australia, which has already warned against travel to west Africa’s Ebola-hit countries, said it was well prepared in the unlikely event that the virus should reach its shores.

Meanwhile, Japan and Thai health authorities said they had ordered all hospitals to monitor patients for any symptoms, particularly nationals or foreign tourists who had been in the outbreak area.

In Britain, where one person has tested negative for the disease, Foreign Secretary Philip Hammond said it was regarded as “a very serious threat”.

“The main challenge here, though, is that the health authorities just don’t have the infrastructure to cope. They’re overwhelmed,” Benjamin Black said.

Togo-based pan-African airline ASKY, which serves 20 destinations, has halted all flights to and from Liberia and Sierra Leone following the death of a passenger from the virus.

The 40-year-old man, who travelled from Liberia, died in Lagos on Friday in Nigeria’s first confirmed death from Ebola.

The virus crossing borders for the first time by plane could lead to new flight restrictions aimed at containing outbreaks, the world aviation agency said.