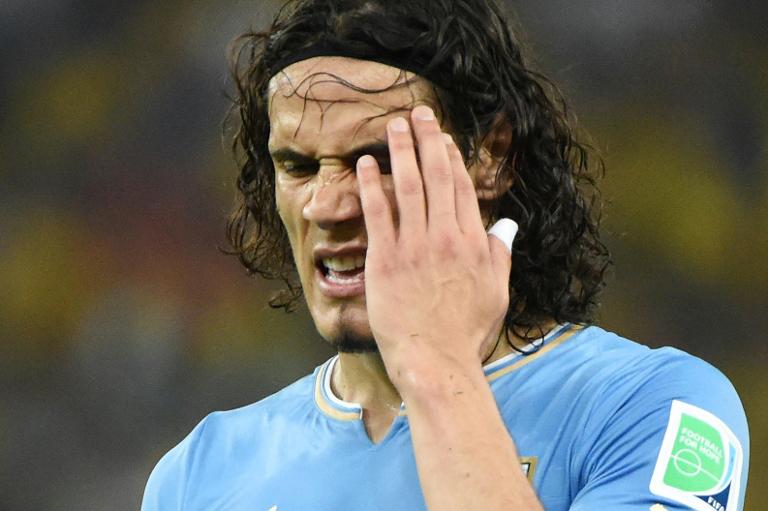 Paris Saint-Germain striker Edinson Cavani on Thursday claimed that he would not be leaving the French champions this summer, despite ongoing speculation about his future.

“I am very happy in Paris and I have a contract with PSG to respect,” added Cavani, who was speaking in Beijing, where his club are due to face Guingamp on Saturday in the Champions Trophy, the French season-opener between the champions and the Cup holders.

“I feel good here. But as I have already said, it does not only depend on the position of the player but also on certain things that can happen inside a club.”

Cavani scored 16 league goals in his debut Ligue 1 season but his campaign was hindered by injury and he was unhappy at not being able to play through the middle of the attack because of the presence of Zlatan Ibrahimovic.

Clubs in England have been linked with a move for the player, but PSG president Nasser Al-Khelaifi has said Cavani is not for sale, despite needing to make sure his side fall into line with the demands of UEFA’s Financial Fair Play rules.

Of his complaints at being forced to play out of position at the Parc des Princes, Cavani said: “The staff have responded to what I have said before. We have had some small problems regarding where I wanted to play but I feel very good about it all.

“I waited for the right moment to speak about it. Halfway through the season was not ideal. At the end of the season it was not such a big worry.

“It is important for an attacker to play in a position that is natural for him. Everyone knows what my position is and there is no point talking about it again.”

After helping Uruguay reach the last 16 of the World Cup in Brazil last month and then struggling with a virus, Cavani only joined up with his club colleagues on their Asian tour on Monday.

“It is always nice to be back with your team-mates. I am happy to come back with the aim of going as far as possible in every competition.

“The club has made important signings and the main aim is to go further still in the Champions League.”

Paris, who have been eliminated from the Champions League at the quarter-final stage in each of the last two seasons, have made two summer signings, recruiting Brazil defender David Luiz from Chelsea on a five-year deal and bringing in promising Toulouse full-back Serge Aurier on loan.