Home World US and Europe hit Russia with toughest sanctions yet 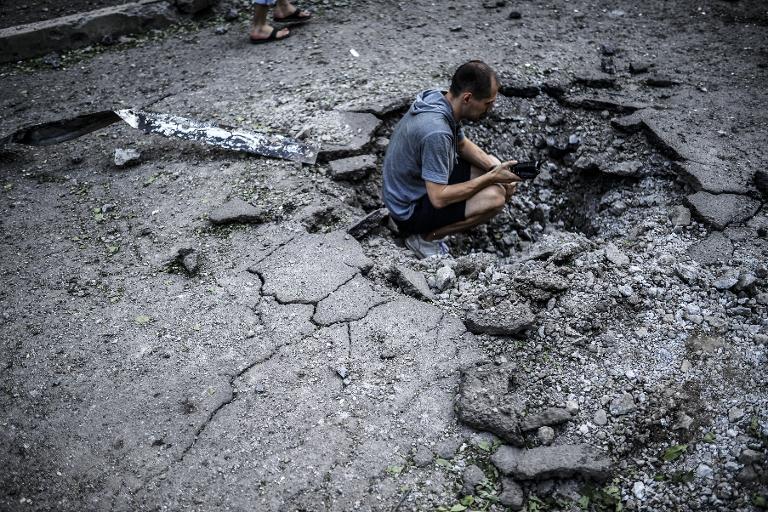 The United States and Europe targeted Russia’s key financial, arms and energy sectors with tough new sanctions in response to Moscow’s intervention in the Ukraine crisis.

Announcing the measures, US President Barack Obama denied that the West had begun a new Cold War against its former Soviet foe, but urged his counterpart Vladimir Putin to reverse course.

He warned the new sanctions would hurt a Russian economy already stumbling towards zero growth, and said Washington had proof that Russian artillery had fired on Ukrainian forces.

And, he said, the allies are now more determined to act together in the wake of the shooting down over Ukraine this month of a Malaysia Airlines jet by Russian-armed separatists.

“Even before our actions today, nearly $100 billion in capital was expected to flee Russia,” Obama warned.

“Russia’s energy, financial and defense sectors are feeling the pain. Projections for Russian economic growth are down to near zero.”

While the sanctions are designed to hit key sectors of Moscow’s economy hardest, and the circle off oligarchs in Putin’s inner circle, there were warnings that Europe’s own economy would suffer too.

The euro fell to its lowest level against the dollar on Tuesday as markets realized that Brussels was on a collision course with Europe’s biggest source of energy and a major trading partner.

The US Treasury singled out VTB Bank, its subsidiary Bank of Moscow and Russian Agricultural Bank as three institutions joining the existing sanctions regime against Russia.

Sanctions will also target Russia’s state-owned United Shipbuilding Corporation, which builds attack submarines and surface warships, some of them for export to Moscow’s overseas military partners.

Herman Van Rompuy, president of the European Council, dubbed the measures “a strong warning” and condemned Russia’s “illegal annexation” of Crimea and deliberate destabilization of Ukraine.

If Russia does not change direction, Van Rompuy said, “it will find itself increasingly isolated by its own actions.”

The EU however “remains ready to reverse its decisions and re-engage with Russia when it starts contributing actively and without ambiguities to finding a solution,” he added.

For months since the crisis erupted in November, the EU has restricted its response to so-called ‘Phase 2’ asset freezes and visa bans on those implicated in or profiting from the Ukraine crisis.

Washington and Kiev complained such measures were not enough, suggesting EU states were reluctant to hurt their extensive economic ties with Russia, which supplies a third of the bloc’s gas.

The loss of Malaysia Airlines flight 17, however, dramatically changed thinking, even among holdouts such as Germany and Italy, and put broader ‘Phase 3’ sanctions on the agenda.

“The decision today was inevitable,” German Chancellor Angela Merkel said, urging the Russian leadership to “pursue the path of de-escalation and cooperation.”

Details of their names will be made available in the EU’s Official Journal, probably on Wednesday, with the new sanctions likely to come into force on Friday or Saturday.

Moscow has consistently derided the US and EU sanctions, condemning them as ineffective and counterproductive to shared interests in such key areas as the fight against terrorism.

“We will overcome any difficulties that develop in various sectors of the economy and maybe we will become more independent and confident,” Russian Foreign Minister Sergei Lavrov said Monday.

Some EU diplomats also expressed concern that the sanctions would convince Putin that he no longer has anything to lose by further escalating the conflict.

But another envoy played down this possibility, and warned: “Putin is going to try and divide the Europeans and his response will be a test of the EU’s unity.”

Ukrainian President Petro Poroshenko asked Belarus to host talks between Russian and Ukrainian envoys to discuss access to the MH17 crash site. There was no immediate response from Moscow.

The remains of some of the 298 victims, who included nearly 200 Dutch nationals, still lie there 12 days after the disaster.

The Ukrainian military said they were not involved in hostilities in the area, claiming instead that insurgents were firing on their positions from nearby towns in Ukraine’s eastern industrial heartland.

Heavy fighting was also ongoing in another rebel stronghold, Lugansk, where local authorities reported five killed and eight wounded in the past 24 hours.

More than 1,100 people have been killed in the fighting in the past three months, the United Nations said.