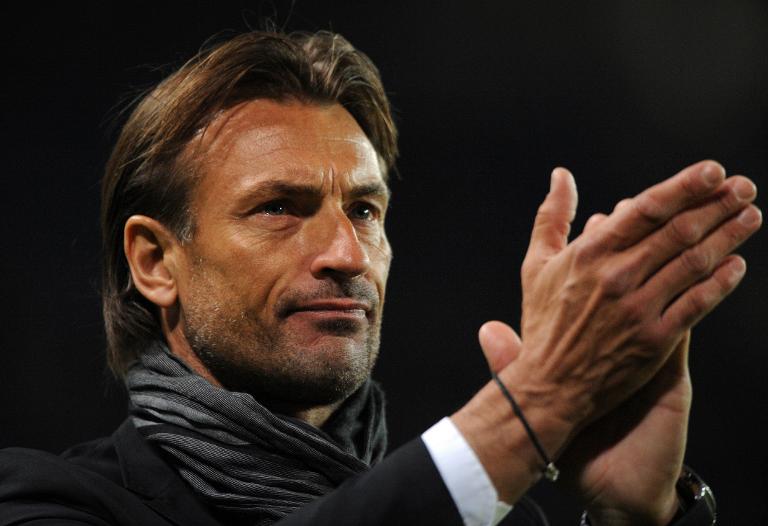 A couple of other French coaches, Luis Fernandez and Francis Gillot, were dropped from the original list.

Football federation officials in the west African country hope to name the new coach by the end of July with the first 2015 Cup of Nations qualifiers just a month away.

Democratic Republic of Congo complete one of the toughest groups with the winners and runners-up advancing to the finals in Morocco.

Lamouchi quit just minutes after a 2-1 defeat by Greece condemned the Ivorians to a third consecutive first-round World Cup exit.

The former France midfielder also flopped at the 2013 Cup of Nations with the Elephants, losing to Nigeria in the quarter-finals having arrived in South Africa as title favourites.

Lamouchi was the latest coach to fail with Ivory Coast starting as favourites in five consecutive Nations Cup tournaments from 2006 and winning none.

The mission for Renard, Antonetti or Jose will be to transform the perennial favourites into title winners, starting with the 2015 Cup of Nations.

Renard and Jose have experience of the African football showpiece, which could give them the edge over Antonetti, who last worked at Rennes from 2009-13.

Zambia reached the 2010 quarter-finals in Angola under Renard and his return just before the next tournament was capped with an emotional triumph in Gabon.

Ivory Coast were favoured to win the final but talisman Didier Drogba blazed a regulation-time spot-kick over the bar and Zambia won a penalty shootout.

Succeeding in Libreville was special for Chipolopolo (Copper Bullets) as most of the 1993 national squad died just off the Gabonese coast when their aircraft plunged into the Atlantic ocean.

Superstitious Renard wore the same white shirt at each of the six games that took Zambia to one of the greatest upsets in the 55 years of the competition.

Renard was less successful a year later as the Zambian title defence ended after the first round following three consecutive draws.

The 45-year-old returned home to manage Ligue 1 strugglers Sochaux, but a final-round defeat condemned the club to relegation.

Jose steered hosts Angola to the 2010 Cup of Nations quarter-finals where they lost narrowly to eventual runners-up Ghana.

But it is as coach of Egyptian club Al-Ahly that the 68-year-old excelled, winning a record eight CAF titles.

He took the Cairo Red Devils to victory in the 2001 Champions League and came back to win the same competition three times in four years, while also plotting four CAF Super Cup victories.

Nigeria are the other high-profile African football nation without a coach as officials did not renew the contract of Stephen Keshi when it expired after the World Cup.

And ‘Big Boss’ made history at the World Cup in Brazil by becoming the first African coach to take a team to the second round.

He applied to coach South Africa, but lost out to local Ephraim ‘Shakes’ Mashaba, and reports hint at him returning to the ‘Super Eagles’.