Home Sports Isner hopes to keep rolling into the US Open 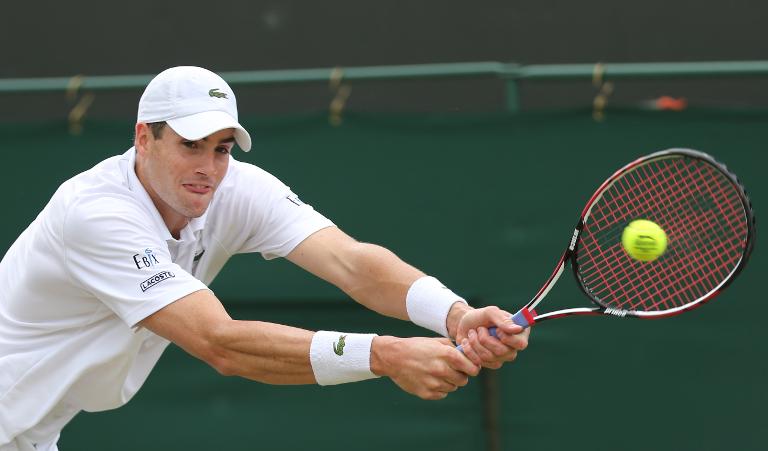 John Isner, coming off a victory last week in Atlanta, is counting on a solid showing at this week’s Washington Open to keep his momentum strong heading into the US Open.

“I’m on a little bit of a roll right now. If I’m able to keep that going that would be a good thing,” Isner said Tuesday.

Big-serving Isner, ranked 12th in the world and seeded fifth this week, won at Auckland early in the season and defended his Atlanta crown, making this his fourth year in a row with two titles.

“It does wonders for your confidence,” Isner said of his title run. “Physically I feel great. I felt like I got stronger each and every match. So it gets my summer rolling.”

And that, Isner said, he what he needs to make the jump back to his career best of ninth in the rankings and jump to the next level.

“Just do what I’ve been doing. Just winning matches. That’s what gives you confidence,” Isner said. “I have to be as aggressive as I can, especially when I’m returning serves.”

Isner sees the gap between stars Rafael Nadal, Novak Djokovic and Roger Federer and their nearest rivals as closing a bid, bolstering those who hope to put themselves among the tennis elite.

“The top three, they are still the top three and they aren’t going to go away,” Isner said. “But I do believe the gap has closed a little bit.

“When you play Rafa, Roger and Novak, you have to believe you can beat these guys and more and more other guys are sharing that belief.”

Isner is the top-ranked American but has deflected the pressure of trying to match the feats of retired US stars such as Pete Sampras, Andre Agassi or Andy Roddick.

“I don’t think it puts too much pressure on me. I was never pegged to be the next number one guy,” Isner said.

“American tennis right now isn’t the best it has been. I’m just worried about myself right now and trying to get back into the top 10.”

Isner, who like all seeds had a first-round bye, opens Wednesday with a second-round match against fellow American Steve Johnson, who ousted Australian James Duckworth 6-3, 7-6 (7/4).

South Africa’s Kevin Anderson, the highest men’s seed to take the court at seventh, advanced to the third round by defeating Russian Evgeny Donskoy 6-3, 6-4.

On the women’s side, Czech top seed Lucie Safarova was bounced by France’s Kristina Mladenovic 2-6, 6-3, 6-3 while defending champion Magdalena Rybarikova of Slovakia was ousted by Russian second seed Ekaterina Makarova 6-1, 6-1.