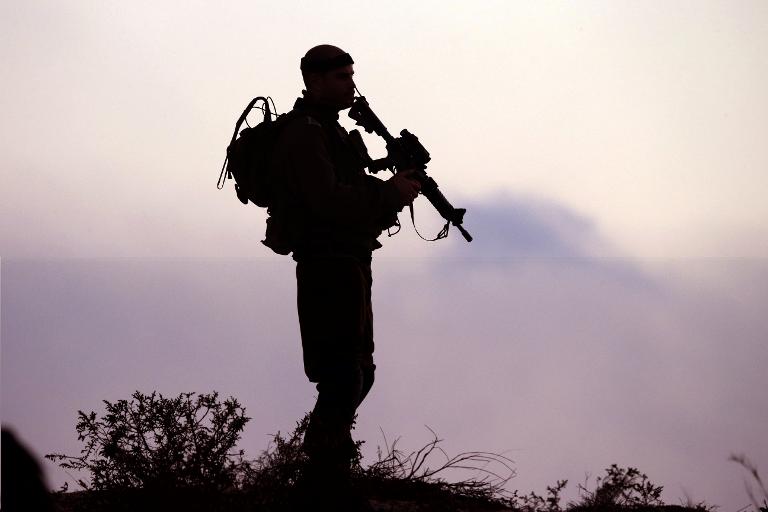 Fresh Israeli bombardments rocked Gaza in the early hours of Wednesday, killing two children, as Palestinian factions were to head to Cairo to discuss a temporary humanitarian ceasefire.

As the conflict between Israel and Hamas entered its 23rd day, international efforts to bring an end to the bloodshed that has killed more than 1,200 people continued apace, and concern grew over the high civilian death toll, especially among children.

Since the war began on July 8, when Israel launched a campaign to stop rocket fire from Gaza and destroy attack tunnels, a series of concerted international efforts to bring a truce have fallen flat.

And the fighting continued Wednesday morning, when the first Israeli bombardments of the day killed two girls and a middle-aged man.

A shelling in the northern Gaza Strip killed an 11-year-old handicapped girl, emergency services spokesman Ashraf al-Qudra said, with a subsequent shelling in the centre of the small coastal territory killing a 16-year-old girl.

Loud explosions could be heard from Gaza City, an AFP correspondent said, as well as rockets being fired by Gaza militants.

The fighting came as a Palestinian delegation prepared for a trip to Cairo to discuss a temporary humanitarian ceasefire.

The West Bank-headquartered Palestine Liberation Organisation, which has been at odds with Hamas for years, said it had garnered the Islamist movement’s support for a 24-hour truce, but did not say when that was due to start.

International efforts have focused on getting Israel and Hamas to agree to a temporary humanitarian ceasefire, and then extending that truce for a longer period while they intensify efforts to end hostilities altogether.

But apart from a fragile halt on Saturday after which hostilities picked up with renewed vigour, efforts have failed.

Heavy Israeli bombardment of Gaza overnight Monday to Tuesday killed scores of Palestinians after they had marked the beginning of the Muslim Eid festival, medics said.

Israel’s aerial, naval and artillery shellings have killed some 1,230 Palestinians in the bloodiest conflict in six years, and the vast majority of Palestinian dead are civilians, according to the UN.

Hamas fire, including thousands of rockets launched at Israel, has killed 53 soldiers and three civilians inside the Jewish state.

Rights groups expressed growing alarm Tuesday at the number of children victims of the conflict.

The more than 240 children who have died represent at least 29 percent of civilian casualties, the United Nations children’s fund, UNICEF, said in a statement, adding that another six children in Israel had been wounded from Gaza rocket fire.

“We see children killed, injured, mutilated and burnt, in addition to being terrified to their core. The consequences run much deeper than previous flare-ups” in Gaza, UNICEF’s Gaza field office chief Pernille Ironside said.

Meanwhile world efforts to stop the fighting continued, but with neither side apparently willing to concede.

US Secretary of State John Kerry said that Israeli Prime Minister Benjamin Netanyahu had asked for fresh help from America in trying to broker a ceasefire.

“Last night we talked, and the prime minister talked to me about an idea and a possibility of a ceasefire. He raised it with me, as he has consistently,” Kerry said Tuesday.

The top US diplomat added that Netanyahu had said he “would embrace a ceasefire that permits Israel to protect itself against (Palestinian militants’) tunnels and obviously not be disadvantaged for the great sacrifice they have made thus far.”

PLO secretary general Yasser Abed Rabbo said after consultations with Hamas and Islamic Jihad, the two main militant groups in Gaza, that there was “willingness for a ceasefire and humanitarian truce for 24 hours”.

Hamas said so far it had not agreed to any new truce and was waiting for Israel to show its hand first.

“When we have an Israeli commitment… on a humanitarian truce, we will look into it but we will never declare a truce from our side while the occupation keeps killing our children,” Hamas spokesman Sami Abu Zuhri said on Facebook.

As both sides appeared more determined than ever to keep up the fighting, the hostilities have pushed more than 215,000 people to flee their homes in the overcrowded territory, according to the World Health Organization.