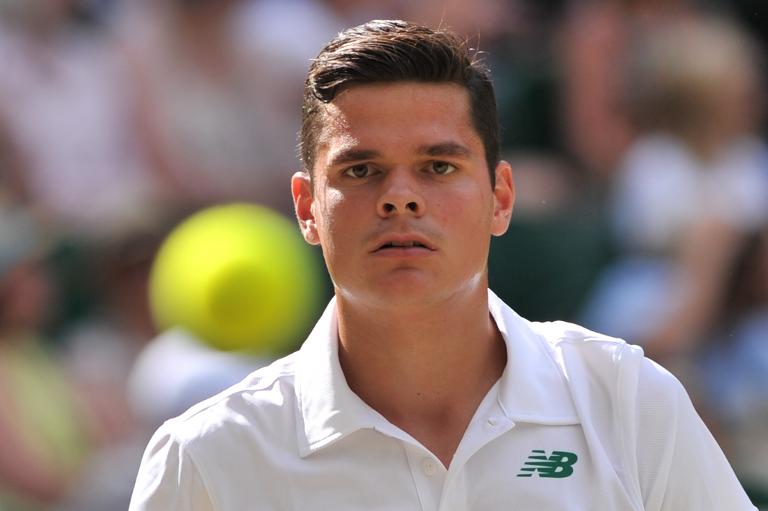 The 23-year-old Canadian begins his push to the US Open, what he calls “a very important Slam for me”, this week at the $1.9 million (1.4m euros) ATP and WTA Washington Open.

“I felt I could have done much better in that situation,” Raonic said of his 6-4, 6-4, 6-4 loss to Roger Federer in the Wimbledon semi-finals.

“It has been a lot of frustration, anger and disappointment with the semi-final. It has been transformed into a lot of motivation.

“I hate losing. The stinging stays with me.”

That pushes Raonic, the second seed at Washington behind fifth-ranked Czech Tomas Berdych, as the huge server looks forward to the US Open on his favorite hardcourt surface and coming off his best Slam efforts, his Wimbledon breakthrough and a French Open quarter-final run.

“I can play better than I did at Wimbledon,” Raonic said. “That doesn’t put me very far away from being able to win the tournament (US Open).”

Raonic has taken the positives from his grass-court success during a break that included a mini-fitness camp.

“It was great for a lot of reasons,” he said. “It gave me a lot of new highs, great experience, a lot of confidence.

“I feel very eager to get going with the summer hardcourt swing.”

Raonic looks forward to testing how his game has evolved and how to better exploit his tremendous serve, which has him ranked second in ATP first serve points won on 82 percent and third in aces with 567.

“I have improved in a lot of areas, whether that be technically in shots or as an athlete.”

Raonic sees a major chance to make a jump into the top five for the first time in his career, although he admits French Open winner Rafael Nadal and Wimbledon champion Novak Djokovic remain a class apart.

“I think there’s a big opening,” he said. “The biggest barrier is the threshold that Novak and Rafa have on the 1-2 spots. The rest I think, specifically, are up for grabs.”