Home Sports Sturridge ready to step up at Liverpool 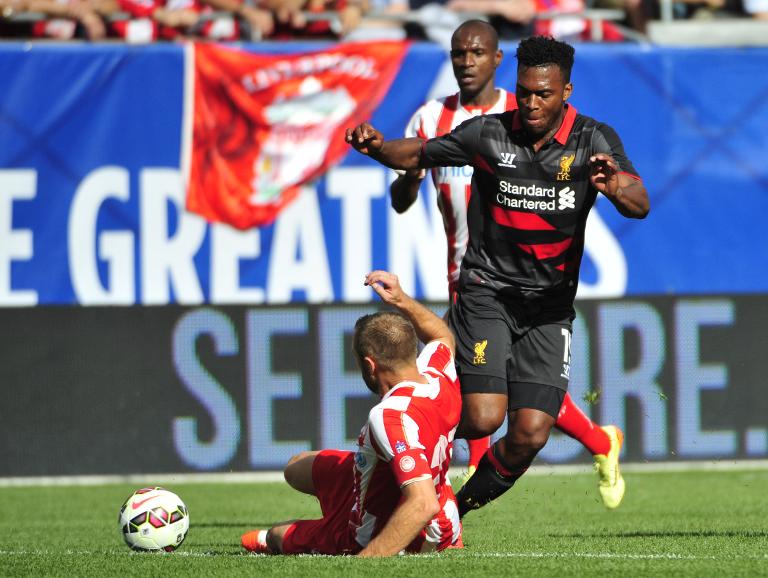 Daniel Sturridge has said he is confident he has the ability to keep the Liverpool goal machine running in the new season despite the transfer of Luis Suarez to Real Madrid.

But the England striker admits he will need some help from his teammates at Anfield if the absence of the Uruguayan is not to be too detrimental to the side.

Suarez was Liverpool’s top scorer in each of his three seasons with the club, including netting 31 goals in the Premier League last term as the Reds finished runners-up to Manchester City.

However, manager Brendan Rodgers will have to manage without his markmanship after the 27-year-old was sold to Barcelona for a club-record fee during the summer.

Step forward 24-year-old Sturridge who struck up a formidable partnership with the South American and was second to him in the Premier League scoring charts last term with 21 goals.

“It was a unique partnership, and I wish Luis all the best. We shared some good times together. We created history with our goals and became the most successful Liverpool partnership in one season,” several newspapers quoted him as saying.

“But in terms of next season for the goals, I’ll step up myself and everyone has to. It’s everyone’s job to do that, the new boys who have come in as well as the players who have been there all season.

“We will move forward as a team.”

Rodgers has been busy adding to his squad this summer, with England internationals Rickie Lambert and Adam Lallana being brought in along with Emre Can, Lazar Markovic and Dejan Lovren.

Sturridge believes the future looks bright for the 18-time English champions, adding: “This is a huge club, with a lot of players who can step up. Luis has left. That’s football, he’s moved on.

“For me, with the signings the manager has made – exciting players, young players, up-and-comers as they call them – we are going to have that winning mentality.

“We will still have the mentality to move forward, be an exciting squad, playing attacking football and that’s the Liverpool way.”