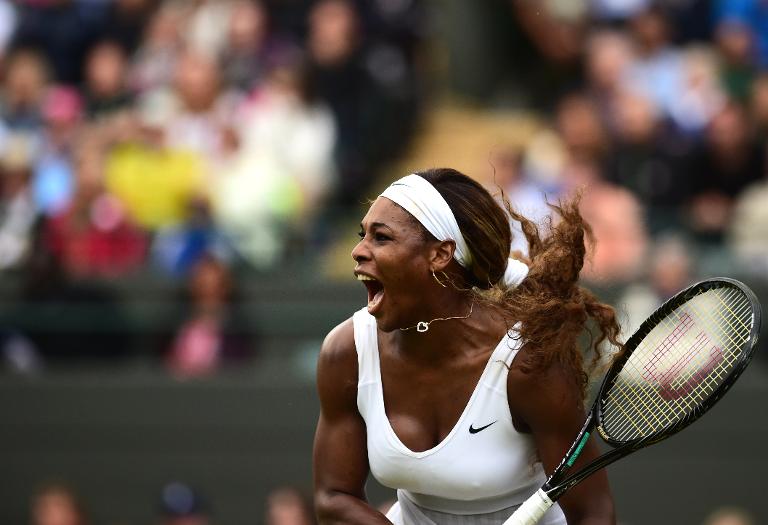 Top-ranked Serena Williams, in her first tournament since looking weak in a disturbing Wimbledon exit, said her weariness was caused by a virus that had her bed-ridden for three days.

Williams, who will make her return Wednesday in a WTA event at Stanford University, said she is fine now and ready to begin working toward a third consecutive US Open crown and 18th Grand Slam singles title.

But Williams admitted she was fearful herself after a bizarre end to her women’s doubles match with sister Venus at Wimbledon, which began with trainers examining Serena before the match.

She struggled to bounce or toss the ball on serves, double faulting four times in a row in the third game before the match was stopped.

“They just said I was really ill, and really under the weather and I just wasn’t doing very well,” Williams said.

“I was really scared after because I didn’t realize how I felt until later and it’s just, you know, ‘Serena, keep your time, you will have the rest of your life to keep playing tennis hopefully.”

Williams said she had no idea her struggles had people worried, in part because by the time she learned of it she had put the event behind her.

“I heard a lot of the response weeks and weeks later because I didn’t leave my house or my bed for a few days,” Williams said. “But by the time that happened when I read or heard about it from other people I was just like, ‘Oh really, I already moved on.’ I was working out and starting to try to play again.”

Williams also made the most of three weeks off with a vacation to help her recover from the virus.

“After Wimbledon I stayed around in Europe because I was gonna play in Bastad, and I feel so bad about not being able to play there,” she said.

“I ended up going on what I called ‘vacation,’ which is like when you have fun in the sun but you practice in the day, in the morning. I tried to practice very early so I can have fun later.”

Williams, who has won at least two majors in four of the past five years, has not won one this season.

The 32-year-old American made a fourth-round exit at the Australian Open, was ousted in the second round of the French Open and lost in the third round at Wimbledon.

Williams’ older sister Venus suffers from Sjogren’s syndrome, an auto-immune disorder that can cause weakness.