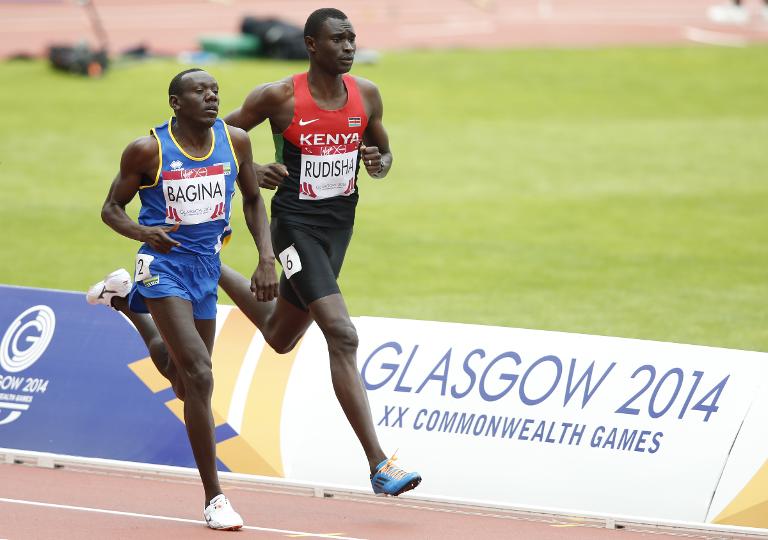 Olympic champion David Rudisha cruised into the semi-finals of the men’s 800m after safely negotiating his heat at the Commonwealth Games on Tuesday.

The world record holder set the fastest qualifying time of 1min 46.89sec and was left happy with his outing.

“Today was all about qualifying for the second round tomorrow,” said Rudisha, whose staggering 800m run in just shy of 101 seconds was the stand-out performance on the track at the 2012 London Olympics.

“I tried to reserve as much energy as possible,” he said, adding: “I’m very happy to be here. I only started training in March. It’s been a tough year and I know I’m going to struggle, but my focus is next year.

“That said, this is not the Diamond League, this is a championships.”

Earlier on the track, the men’s 110m hurdles was blown wide open when England’s defending champion Andy Turner pulled up and Jamaica’s Olympic bronze medallist Hansle Parchment was a non-starter.

Turner was off-kilter out of the blocks, clipped the first two hurdles and pulled up before stumbling into the third to bring a premature, and angry, end to his Games’ participation.

“I got too close to the first hurdle and hit the second one and that was it,” said Turner, also a world bronze medallist from Daegu in 2011.

“It was a schoolboy error. I’m gutted as I have been training well coming into the Games.”

With Parchment failing to even make it to the start line, the field has now been opened up, and Jamaica’s Andrew Riley, Barbadian 2009 world champion Ryan Brathwaite and England’s William Sharman will all fancy their chances in the final at Hampden Park later Tuesday.

Canada’s Damian Warner remained atop the decathlon as teammate and world silver medallist Brianne Thiesen-Eaton kicked off the heptathlon as massive favourite.

Thiesen-Eaton, wife of US world and Olympic decathlon champion Ashton Eaton, clocked 13.18sec in the opening 100m hurdles, upstaged by compatriot Jessica Zelinka, who set a Games record of 12.83sec.

The heptathletes compete in the shot put and 200m in the evening session, with the long jump, javelin and 800m to come on Wednesday.

The one-lap race features a great field including defending champion Amantle Montsho of Botswana, also the 2011 world champion, and in-form Jamaican Novlene Williams-Mills, who has racked up three Diamond League wins this season.

There will be no place for current world champion Christine Ohurugogu, however, the English athlete having elected to race only in the 4x400m relay.

Olympic champion Kirani James of Grenada will also race the semi-finals of the men’s 400m.

The 21-year-old, who won at the London Games as a teenager but faded badly at the Moscow world championships, has refound some much-needed form, clocking 43.74sec in the Lausanne Diamond League, the season’s fastest time around one lap and the fifth fastest time ever run. Only four Americans, headed by Michael Johnson, have gone quicker.

Elsewhere, Kenya will be hoping for track golds in the 1,500m and 10,000m through Hellen Onsando Obiri and Emily Chebet respectively.

There are also golds on offer in the women’s hammer throw and triple jump.