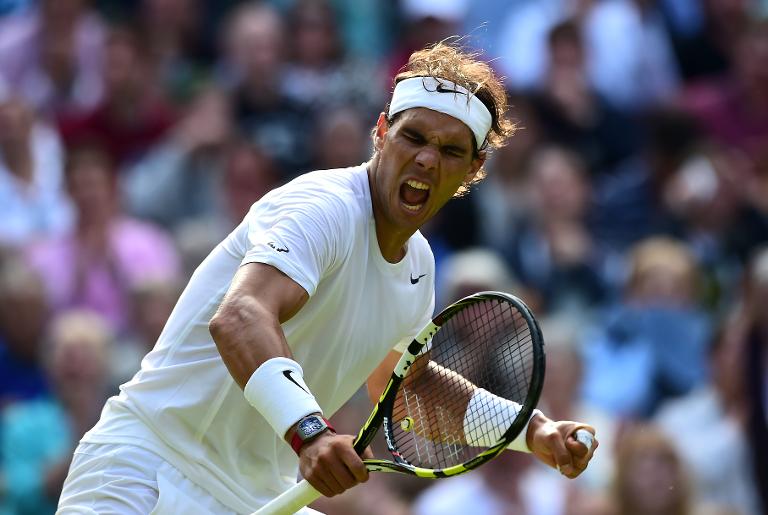 The 28-year-old Czech, seeking his 10th career ATP title as the top seed at this week’s ATP and WTA Washington Open, said Monday that number one Djokovic, coming off a Wimbledon title, and second-ranked Nadal, who won the French Open last month, combine with 17-time Grand Slam winner Roger Federer to make the going tough for challengers.

“There are three guys staying up there,” Berdych said. “There was one change with Stan getting up there by winning the Slam at the beginning of the year. You really need to win a Slam to get there. Stan had a great run in Australia.

“Then Rafa and Novak. Nothing really changed after that. I wouldn’t say it’s really open there. It was just the moment Stan jumped up and took it. I think it’s back to the old lines like it was before.”

Nadal, Djokovic and third-ranked Federer have combined to win 34 of the past 38 Grand Slam men’s singles crowns, 38 of the past 45 going back to Federer’s first Slam title in 2003 at Wimbledon. Nadal has 14 Slam titles, twice Djokovic’s total.

In the past 38 Slams, only Britain’s Andy Murray winning last year at Wimbledon and the 2012 US Open, Argentine Juan Martin Del Potro at the 2009 US Open and fourth-ranked Wawrinka’s breakthrough this year have loosened the elite’s grip on the game’s greatest trophies.

“It’s really tough. It’s hard to explain with better words,” Berdych said of cracking the top four. “I’m trying to do my best, working hard for that every day. To keep that position for a few years is a good result for me. Just to hang in there is not easy at all. That’s the baseline to have a chance to get closer.

“If there’s a recipe to do it, I would like to know it. We’re all trying.”

Berdych was the 2010 Wimbledon runner-up and reached the semi-finals at the 2010 French Open, 2012 US Open and this year in Australia when he lost to Wawrinka.

Since Wimbledon, Berdych took a vacation in Greece.

“I don’t think the break was too long but it was something my body needed. Just recharged the batteries,” he said. “I completely relaxed. The mind gets fresh and you get ready to go.”

He came back ahead of larger US Open warm-up events next month in Canada and Cincinnati to face hot and muggy weather in the US capital.

“It’s tough conditions but it’s the same for everybody,” he said. “It’s always going to be a tough challenge in every single match.”

Being the top seed this week has not altered his approach.

“It doesn’t change much,” Berdych said. “You take your opponents one by one. Talking about a title, I haven’t hit a ball yet.”

Berdych, who like all seeds has a first-round bye, will open against American Robby Ginepri, who defeated Colombia’s Alejandro Falla 6-4, 6-2.