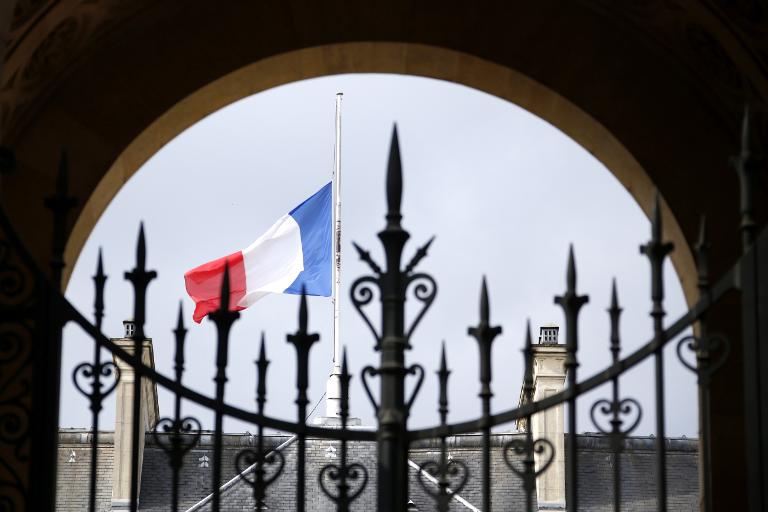 France said Monday the pilots of the Air Algerie passenger plane that crashed in Mali, killing all 118 people on board, had asked to turn back in a new development to a complex probe into the tragedy.

“What we know for sure is that the weather was bad that night, that the plane crew had asked to change route then to turn back before all contact was lost,” Foreign Minister Laurent Fabius told reporters in his latest briefing about last week’s disaster.

Reports that the crew asked to amend their route because of bad weather conditions emerged almost as soon as the tragedy came to light on Thursday, but the revelation that they subsequently asked to turn back is a new development.

Speaking hours after the black box flight recorders of the McDonnell Douglas 83 jet arrived in Paris from Mali to help investigators, Fabius said air crash experts currently on the remote desert site of the accident were working in “extremely difficult conditions”.

More than 20 French experts from the country’s Bureau of Investigations and Analyses (BEA), which probes air accidents, as well as specialist police forces were on site in Mali’s barren Gossi area where the plane came down, he said.

Experts from Mali, Algeria and Spain were also helping to determine why the plane — which was operated by Spanish charter firm Swiftair on behalf of Air Algerie — came down with such force that it completely disintegrated.

Investigators from the United States were also due to join them, Fabius added, as McDonnell Douglas belongs to US aviation giant Boeing.

The BEA announced Monday evening that it had already extracted basic data from one black box, including the speed, altitude and trajectory of the plane, without detailing them.

“Decoding and detailed analysis of this data will now start with members of the Malian probe commission,” the bureau said, adding that the head of this commission would announce any future results.

But the BEA said it was still busy recovering cockpit conversations from the other flight recorder, which had been damaged by the impact.

The bureau has faced this type of challenge before, such as in the 2009 crash of the Yemenia flight in the Comoros, when investigators took two weeks to extract data.

Fabius painted a bleak picture of the conditions under which experts were sifting through plane debris and trying to recover remains of the victims in Mali.

“The (human) remains are pulverised, the heat is overwhelming with rain to boot and with extreme difficulties in communicating and in transport,” he said.

“It’s a long, fastidious and extremely complex job,” he added at the foreign ministry in Paris, where the flag flew at half-mast in mourning for the disaster that saw entire families wiped out.

France bore the brunt of the tragedy, with 54 of its nationals killed in the crash of flight AH5017, which had taken off from Ouagadougou in Burkina Faso bound for Algiers.

On Monday, flags on government buildings across the country flew at half-mast in mourning for the victims, who also hailed from Burkina Faso, Lebanon, Algeria, Spain, Canada, Germany and Luxembourg.

Several towns across France that lost entire families or couples to the tragedy also announced they would pay homage to people they held dear.

The central village of Menet, home to a family of four who perished in the crash, said a silent march would be held Friday passing by places the victims used to frequent, such as the school or certain shops.

“People in the village can’t quite realise what happened. For us, the footage we see on television is extremely violent,” said the mayor, Alexis Monier.

The accident was the third crash worldwide in the space of just eight days, capping a disastrous week for the aviation industry.

On July 17, a Malaysia Airlines plane was shot down in restive eastern Ukraine, killing all 298 people on board.

And a Taiwanese aircraft crashed in torrential rain in Taiwan on Wednesday, killing 48.

Apart from air accident experts, France has also dispatched military forces already stationed in Mali since its offensive last year to free the country’s north from the grip of Islamists and Tuareg rebels.

Fabius said that by Monday evening, a total of 200 French forces were due to have arrived on the crash site, as well as Malian soldiers and Dutch forces from the MINUSMA UN stabilisation force in Mali.

“The site has been secured,” he said.