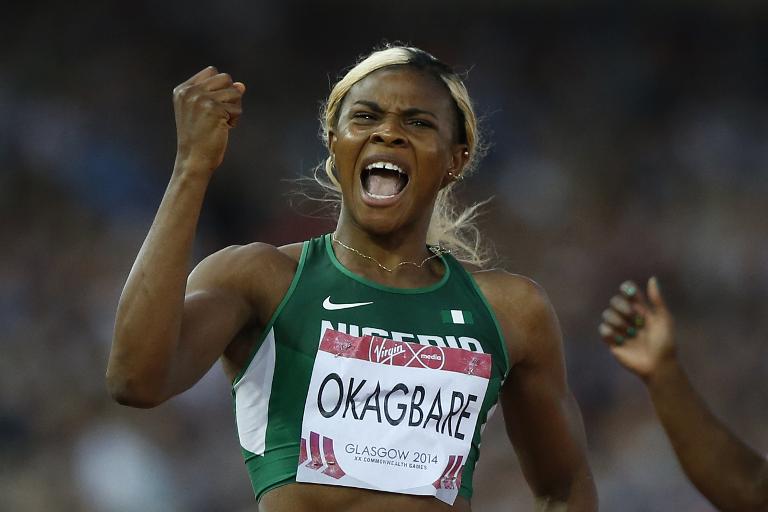 Were it not for the track and field schedule, Nigerian Blessing Okagbare could almost be expected to be going for four medals at the Commonwealth Games.

The 25-year-old scorched to a commanding victory in the women’s 100m at Hampden Park on Monday, timing a Games record of 10.85 seconds, the sole sprinter in a strong field including Jamaican duo Veronica Campbell-Brown and Kerron Stewart to dip under the 11sec barrier.

Okagbare, eighth in the 100m at the London Olympics but a long jump bronze medallist in Beijing in 2008 at the age of 19, was quick to point to a potential treble, as she also plans to compete in her favoured 200m as well as the 4x100m relay.

“Everything this year has been really based on the Commonwealth Games,” said the US-based Nigerian, who confirmed her promise when winning long jump silver and 200m bronze at the World Championships in Moscow last year.

“This year for me is like an off year but at the same time I wanted to come here and actually put on a good show.

“I am happy that my training led to these Games and everything came out well and to break the Commonwealth record is an amazing feeling.

“Every preparation has been made for the Commonwealth Games. My previous meets were not that fast but I just had to trust that I was going to be ready and everything fell in place.”

Okagbare added: “This is my first Commonwealth Games and I wanted to go out and first of all have fun but at the same time I wanted to win a gold medal.

“It does take the pressure off a little bit but it doesn’t mean I can sit down and do no more. I just have to keep working hard to keep on top of my fitness and shape in the Games.”

Unfortunately for Okagbare, qualification for the long jump and 200m are both on Wednesday, with the finals of the two events slated for Thursday evening, meaning a tilt at the long jump is extremely unlikely.

Heats for the 4x100m relay, however, are on Friday, with the final on Saturday.

“The 200m is a little easier for me to digest,” Okagbare said when asked what her favourite event was.

“The 100m is over so fast and any mistake you make is so hard to make up for.”

The Nigerian will be hoping she can keep her form through until the 2016 Olympics in Rio de Janeiro, where her versatility could well see her have the chance of becoming one of the stars of the track.

“I’m going to prepare and do my thing and yes I plan to push on and aim for the Olympics,” said the training partner of the USA’s 100m world champion from 2011, Carmelita Jeter.

“As long as I stay healthy and train the best I can. I must stay on top of my shape.”