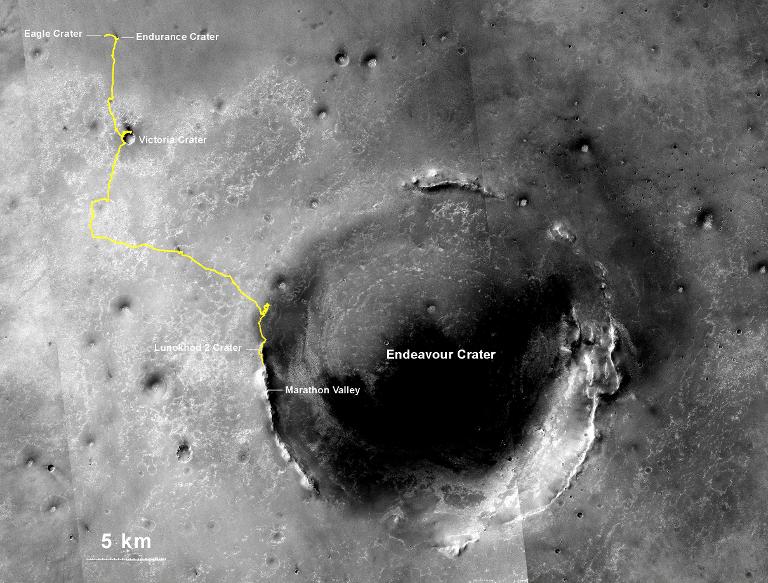 The US space agency’s Opportunity rover has now clocked more miles on Mars than any man-made vehicle to reach another celestial body, NASA said.

Since arriving on the Red Planet in 2004, the solar-powered robot has journeyed across 25 miles (40 kilometers) of Martian terrain.

That surpasses the previous record, held by the Soviet Union’s Lunokhod 2 rover, which landed on the Moon in 1973.

“This is so remarkable considering Opportunity was intended to drive about one kilometer and was never designed for distance.”

Opportunity and its twin rover, Spirit — now defunct — discovered wet environmental conditions on ancient Mars, some of which are mild enough to have been favorable for life.

Opportunity is now exploring the Endeavour Crater on Mars.

Its next-generation robotic counterpart, the Curiosity rover, launched in 2012 and is tooling around near the Gale Crater on Mars.

NASA said that the Soviet Union’s Lunokhod 2 rover landed on Earth’s moon on January 15, 1973, and drove about 24.2 miles (39 kilometers) in less than five months.

Those figures are based on calculations recently made using images from NASA’s Lunar Reconnaissance Orbiter (LRO) cameras that reveal Lunokhod 2’s tracks, the US space agency said.